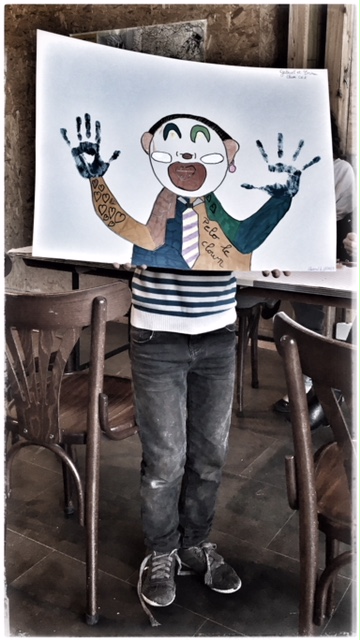 In the last few months artistic workshops involving inhabitants, migrants and asylum seekers were conducted in Italy, Poland, France, and Sweden. The processes and the results of such creative projects, enhancing practices of inclusion of newcomers within local communities, was documented and reported in the Activity section of the Atlas of Transitions' web platform.

In Bologna, Italy, Cantieri Meticci concluded the 'Theatrical Neighbourhoods' workshops and between 6th and 18th May it led the public performance of a series of travelling shows in public places.
During the first Biennial of Atlas of Transitions, 'Right to the City | Diritto alla Città', the Company also presented 'Autostrada del Sud. Primo studio per un ingorgo con spettatori', an itinerant performance that involved 36 actors and more than 120 spectators in cars in the middle of an urban traffic jam - to discover that more than one time exists at once.

In Warsaw, Poland, during 'the Art and Society Festival Happy City 2018', Teatr Powszechny presented 'Lawrence of Arabia', a theatrical telephone game reflecting on our misunderstandings about the identity farce. In the same days, the Theatre proposed to the public a one-time performance employing virtual reality to talk about migration and the role of humankind in an increasingly polluted ecosystem. The show was entitled "'New Territory' live VR".

In Calais, France, Le Channel Scène Nationale conducted, together with the plastic artist Momette, an experimental creative workshop involving children and adults, locals and refugees. The aim of this activity was to implement 'The Great Hands Collection', an evolving giant atlas of hands based on the handprints of all the people participating in the workshop.

In Gothenburg, Sweden, Backa Theatre has just started working on a dance project with young people and amateurs, which reflects on courage and hope in the wake of policy measures on migration, displacement and harsher asylum laws.

Read more about Atlas of Transitions' activities - and see the pictures documenting the activities - on the dedicated webpages linked above.

extension
Resources
bookmark
See the full list of activities
Events like this
What to see and where to meet in May? Explore a busy month schedule ahead for Atlas of Transitions and its partners around European cities, from South to North. Two multidisciplinary festivals, final workshop presentations, participation at the Sabir festival of mediterranean cultures in Lecce...
read more
Creative activities such as collective workshops and performances are currently running across Poland, Italy, and Belgium, partner countries of Atlas of Transitions. Visit the 'Activities' section to read more about each project.
read more
---CALL FOR PAPERS--- We invite scholars, experts and practitioners in integration processes and arts to submit 1,000 word essays, accompanied by 1-2 pictures representing artistic activities and/or artefacts, to be published on Atlas of Transitions' and Open Migration's websites.
read more
Isabel Cuesta Camacho develops a discourse around colonialism and its role within the current scenario of migration from African countries towards Europe in our Focus section.
read more