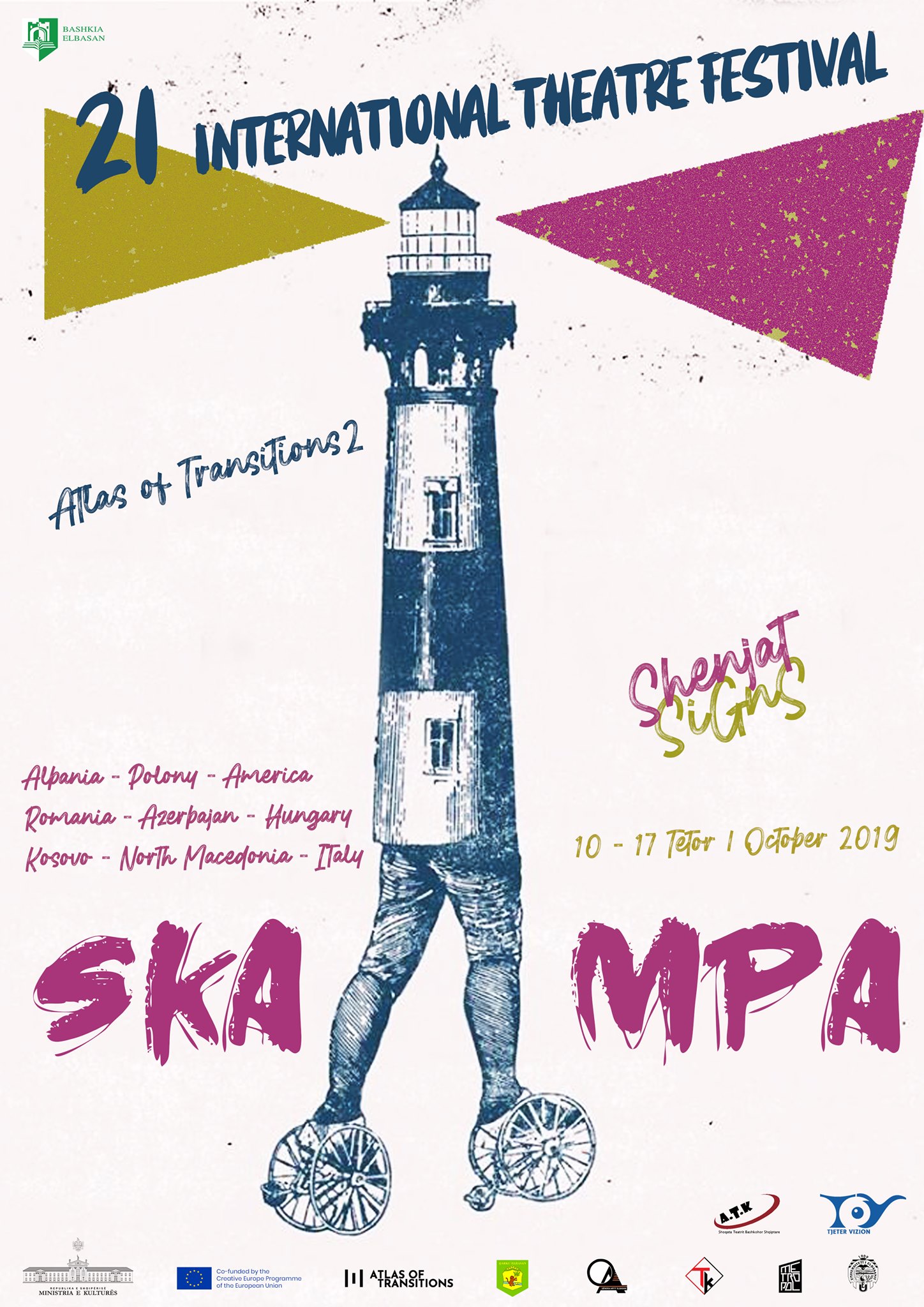 A.T.K Albanian Theatre Association and Tjeter Vizion NGO are set to deliver the 21st edition of Skampa International Theatre Festival entitled "Signs" which will take place from 10th to 17th October in Elbasan and not only, also in Librazhd and Peqin. The event celebrates intercultural dialogue and a space to experience new artistic concepts. This year, the festival will showcase emerging theatre artists coming from Macedonia, Azerbaijan, Italy, Albania, Romania, Poland, Hungary, and Kosovo.  Among the many performances by companies such as 3 At Dance Company, Teatro S'arza, Maladype Teater, Teatro delle Ombre, Teatri Muzikal I Shtetit, a special masterclass will be conducted by Romanian stage actress Maia Morgenstern from Teatri Kombetar. A.T.K and Tjeter Vizion are also organising "Theater of Tolerance", an inclusivity workshop taking place from 10th to 16th October. The main purpose of the work is to provide an understanding of different traditions and experiences interfering with different languages and techniques; based on the participatory processes with participants from different cultural backgrounds - professionals and non - who are interested in getting involved with theatre. Communication, shared experience, is at the heart of the practice, linked to issues affecting refugees.

Furthermore, the festival will feature two productions realised in the frame of Atlas of Transitions: "The Animals" by Alicja Borkowska, which was previously staged at Powszechny Theatre and Malta Festival and "Sunflowers" directed by Adonis Filipi and Xhuljano Brisku, which debuted in December 2017 in Cërrik.

Theater continues to draw us closer to each other, thus opening new paths from creative expressions to the transmission of truth. The world is still troubled, immigration, refugees with their tragedies have proven that their lives are turning upside down for no apparent reason. Through culture and theater we bring these people here in our stage. They meet and talk in contemporary theater. They look for answers. They sympathize with people in challenges, for a better life, for the sense of justice.