And dances with the daffodils

Next morning. I arrive early at the theatre. As I sneak out for a quick smoke, I meet Asia, who’s running the theatre’s wonderful cafe-restaurant. Hardly woken up, we engage ourselves in a vivid conversation about the actions of Powszechny, it’s engagement towards social issues and the team’s everyday life… I ask her about the flowers and the vertical gardens outside the theatre. Instead of general botanic know-hows, I am rewarded with a very interesting story of the city. As I have noticed some daffodils, Asia explains to me their significance. They have become a symbol of uprising against oppression. In my eyes, there would be nothing more suitable for the kind of theatre that is Teatr Powszechny. They dance with the daffodils, they walk alongside with the spirit of solidarity, equality and freedom. To my understanding, is this very choice that brings them so often under heavy fire, the shooter being either the establishment, enraged far-right supporters or whatever short-sighted, narrow minded and racist dynamic lurks under the city. But light can find its way even in the darkest dungeons, as long as someone is willing to keep the beacon lit. 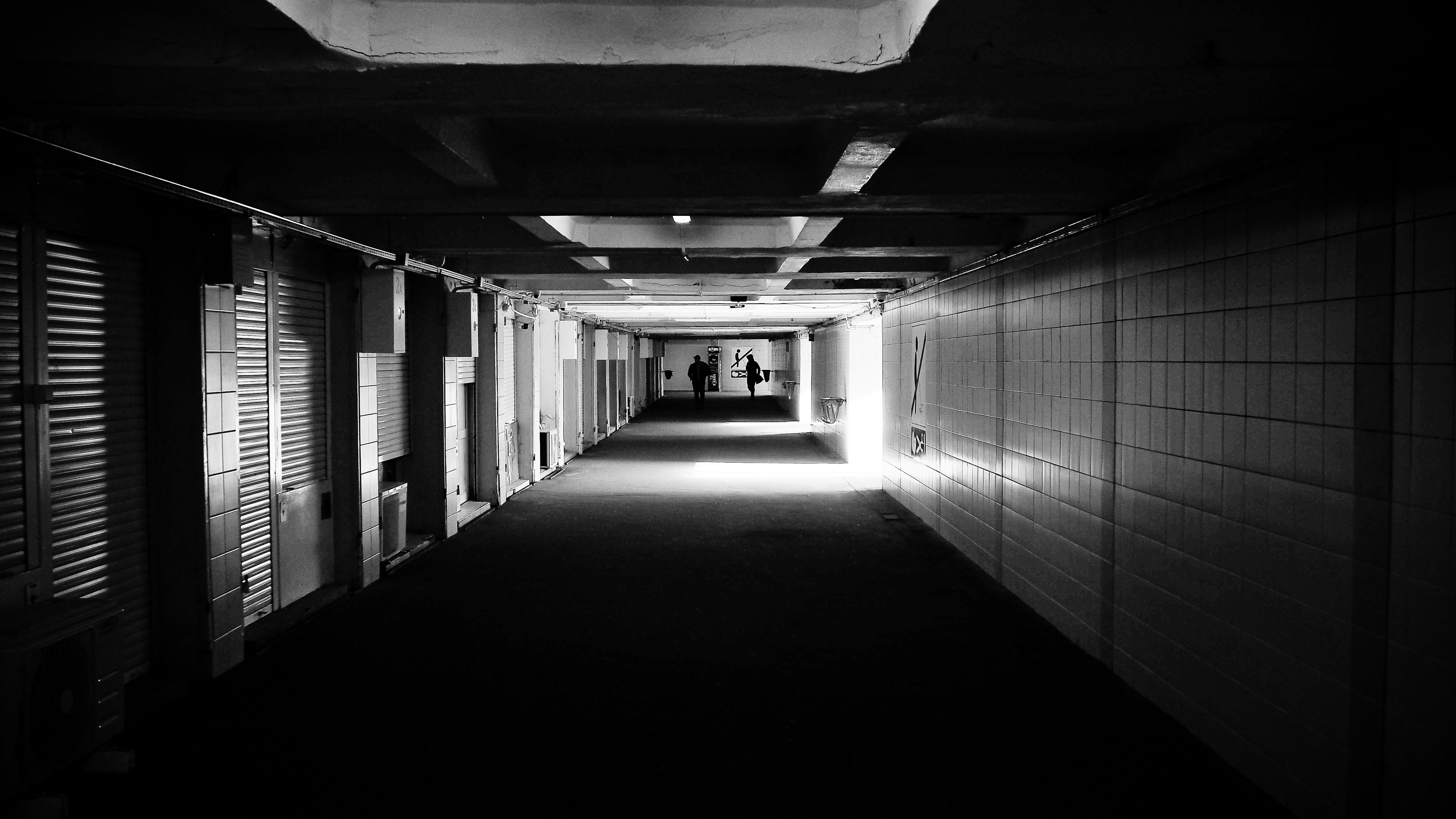 Our meetings continue and in the afternoon, we attend an interactive lecture on the issue of hate speech and Polish media, organized by the Centre of Migration Research, a unit of the University of Warsaw. Kamila Fiałkowska, is a researcher of the Centre and has been collaborating with our project as an academic partner. I ask her about her experience of working alongside with artists. A bit later, I will have the chance to meet Professor Pawel Kaczmarczyk, head of the CMR, who will give me some insight on the current situation in Poland regarding migration. As always, my working days abroad are long and Warsaw makes no exception. After the lecture, I meet with Paweł Lysak, director of Teatr Powszechny. We talk about the theatre and he tells me more about the change that Poland is currently undergoing. Later we will be attending the evening performance of ‘Damascus 2045’, a play created within the frame of Atlas of Transitions by Omar Abusaada and Mohammad Al Attar, invited artists from Syria. Right before that, I find a quiet place in the theatre and I steal a bit of Natalia Łągiewczyk’s warm-up time, to ask her a few questions about her work as an actress in ‘Damascus 2045’ and ‘Lawrence of Arabia’, another creation on the occasion of the project. 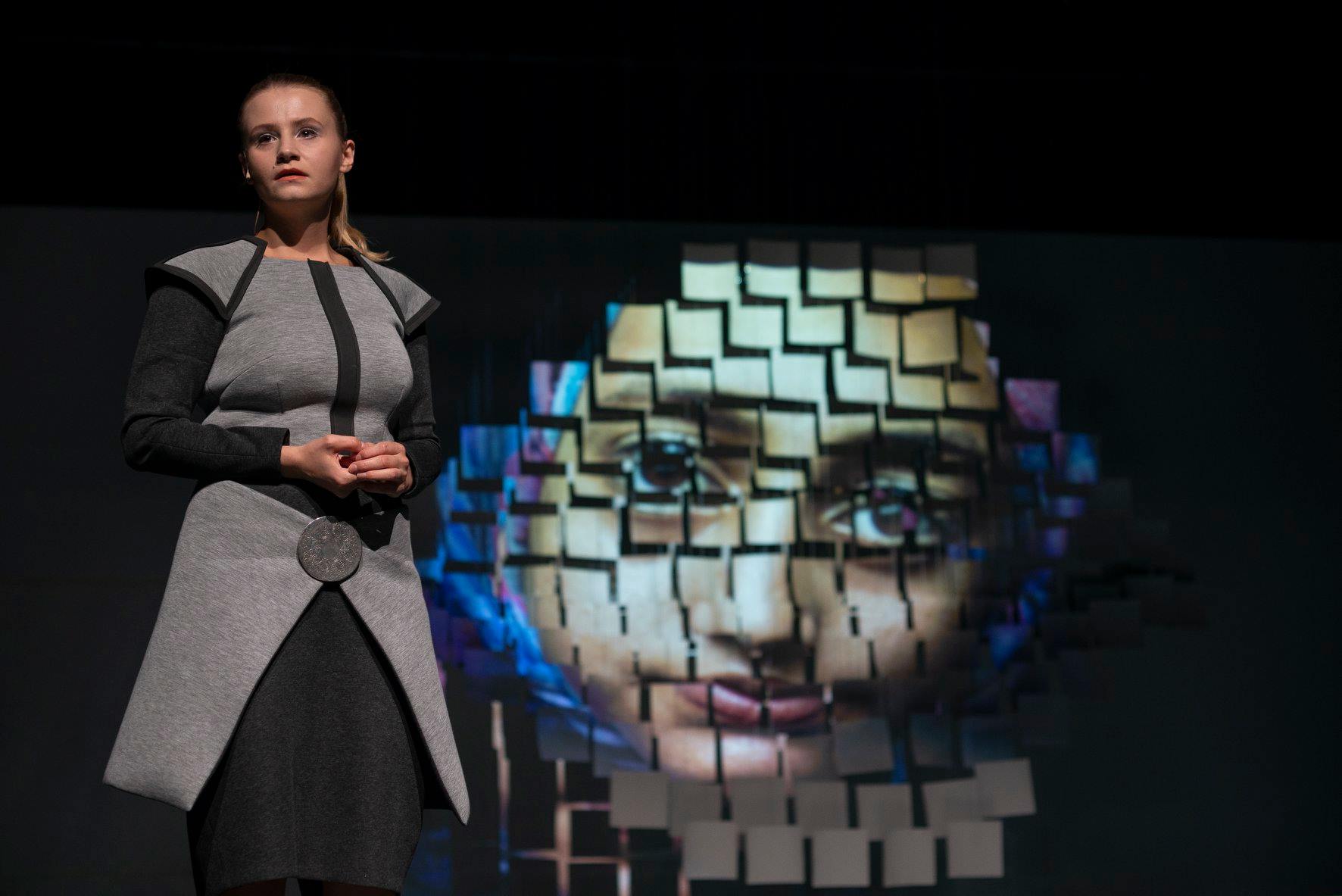 As the auditorium lights dim, I immerse myself in the dystopian universe of a post-war Syria, where a suspenseful plot unravels. At first sight, the captivating set, conceived by Bissane Al Sharif, will take hold of me and its metamorphic ability enhanced by a succession of vivid projections, won’t let go until the very end of the play. Through the characters’ quest for truth, love and dignity, a series of issues arise and a barrage of questions floods my mind. Where do individual and collective memory collide? Is there such thing as objective observation of history? Are the holders of power legitimized to rewriting or even utterly erasing historical facts at their own convenience? And how do citizens react to any manipulation of the kind?

After the performance, I spend some time at the café, waiting for Alicja Borkowska, director of the Strefa Wolnosłowa theatre group. Alicja tells me about the creation of ‘The Animals’, first part of their “Animals – Humans – Gods” drama trilogy, a performance that unfortunately, I didn’t get the chance to watch. I learn more about their work and the collaboration with Teatr Powszechny. Before calling it a night, we have a beer with Melissa and Asia, as the café is closing. We talk a lot about the rise of nationalism – or as Pawel had very accurately put it in Gothenburg – international nationalism, all around Europe and we share experiences from our countries. It’s already quite late, not for trying things the other way, but for staying up any longer. It’s time to get some rest.

As I head to my room, all these thoughts persist. I am troubled by the fact that in Poland, there is still no official state policy on migration and the government’s stance on the matter remains ambiguous. Nevertheless, the actual situation shows that the dominant far-right narrative and anti-migrant rhetoric bends like melted metal under the weight of the country’s need for labour force. Once again, our dear old contradictions, deeply rooted in the grey areas of human psyche… Quite tired, I lie down to sleep for a few hours in the great, grey city of Warsaw. Come morning, I am flying out to keep our beacons back home lit, as my spirits are lifted having met all these wonderful people and places.

Many thanks to Pawel, Pawel, Asia, Kamila, Alicja, Wojtek and the rest of Teatr Powszechny team for their hospitality and mostly for raising my hopes for a better tomorrow…