“Refugees used as instruments for individual geopolitical agendas”
How the refugee crisis of 2015 turned into a “crisis of the European Union as project”, says Nando Sigona, expert on migration issues at the University of Birmingham

In the Summer of 2015, images of hundreds of thousands of people walking towards Europe were all over the news, marking the start of a refugee crisis. In response, European powers have taken action to stop refugees from Syria, but also migration from Africa. According to Nando Sigona, expert on migration issues and coauthor of Unravelling the migration crisis (Policy Press, 2018), the 2015 refugee crisis has turned into a “solidarity crisis”, and into a “crisis of the European Union (EU) as a project”. The EU has partnered with Turkey, Libya and Niger, asking these countries to exercise immigration controls on behalf of the EU to reduce the migration flow to Europe. However, as Sigona argues, these deals require the EU “close its eyes to human rights violation happening in these partner countries”.

“On the one hand you have people escaping desperately into exile. On the other hand, you have refugees used as instruments for individual geopolitical agendas”, reflects the migration specialist, who was interviewed in Oxford via a Skype call. As for the actors in the “geopolitical theatre” Sigona names Russia, Turkey but also the European Union. In its quest to become part of the EU, “Turkey is using its capacity of closing and opening the border to refugees as a way to putting pressure”, says Sigona. In regards to Europe, the scholar explains that the European Union responses to migration reveal a “misreading of the situation, as it regards migration in Africa exclusively towards Europe, while in reality there has been for decades a far lager infra-Africa mobility”. 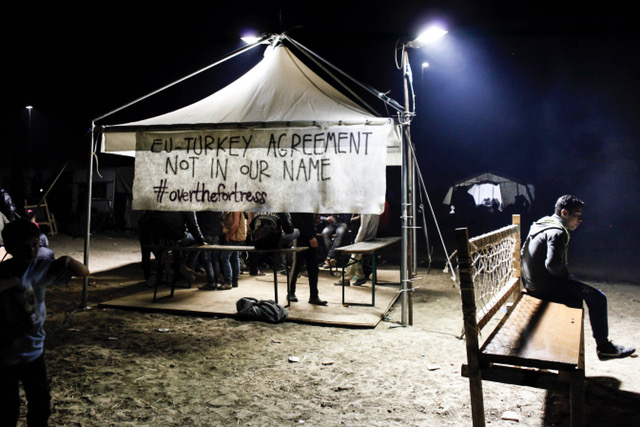 Refugee Camp at Idomeni, Greece, at the border with Macedonia in 2016 – Photo by Bruno Tigano

The Italian researcher cites a 2017 report by the Food and Agriculture Organization of the United Nations (FAO) which explains that while 90% of North African migrants do migrate overseas, 75% of the people from the Sub-Saharan region, migrate internally. The Birmingham expert explains that deals like the one with Niger, might fail in the long term to reach the desired outcome of stopping migration towards Europe. Indeed, he argues that “it might actually result in more desperate and risky attempts to reach the old continent, as well as destabilizing local economies”. Sigona mentions a reportage published on the 15th of January 2018 by Open Migration, which examines the situation in the city of Agadez (largest city in central Niger) with testimonies of local NGO’s who accuse the current interventions of being a menace to human rights that will only benefit the political elite.

“Migration from rural to urban areas in Africa present a complex story as people prefer to migrate to neighboring countries”, says Sigona, because “it is much easier to go back and forth to their country of origin”. Contrary to preconceptions about African migrants, the internal mobility in Africa shows that people prefer to make less money but stay near their home, rather than go to Italy, for instance. In Sigona’s words, “the freedom of moving towards and across African countries is some-thing that migrants value, as they can go back home easily in case a family member dies or gets married, but also for small trade”. The logic is that if existing routes are closed, people will be left with the only option of taking more dangerous routes, paying more money to smugglers and looking towards Europe. “Instead of understanding this mobility within Africa, Europe is going to disrupt that internal migration and interfere in the local stability”, resumes the expert. 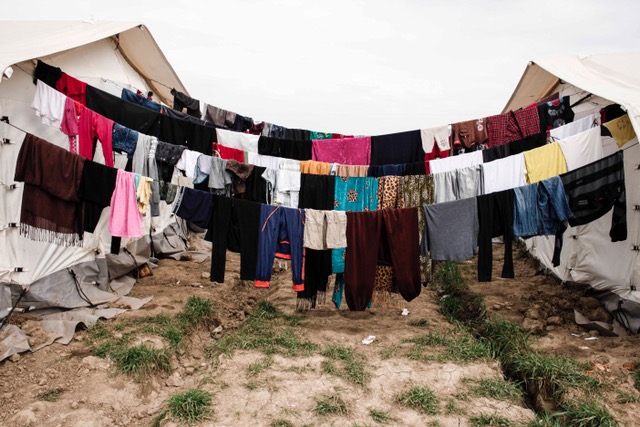 Refugee Camp at Idomeni, Greece, at the border with Macedonia in 2016 – Photo by Bruno Tigano

Amnesty International (AI) has recently accused the European Union of being complicit in the abuses and torture of refugees and migrants in Libya. In their report from the 11th of December 2017, the global NGO addresses the EU/Libya agreement to reduce the influx of migrants into Europe. AI says that their findings reveal “how the European Union, its member states – and Italy in particular – have pursued their own goal of restricting the flow of refugees and migrants across the Mediterranean, with little thought, or seeming care, for the consequences for those trapped in Libya as a result”.

“If you look at the Turkey/Greece deal, and the goal to reduce migration, yes, that is working. Since March 2016 the number of people arriving in Europe from the East Mediterranean route has declined. Since August 2017, we are witnessing a significant decrease of arrivals also from the Central Mediterranean route”, affirms Sigona. But he adds, evaluating the policy’s overall success “depends [on] what you see as the goal of European policy, [whether you think it is] acceptable that they are paying the militia and the smugglers to keep the migrants in illegal prisons or as slaves in Libya.” Sigona seems skeptical: “Europe is loosing its role as a political project based on human rights values. Leading by example is not working anymore”.