The National Technical University of Athens (NTUA), founded in 1837, is the oldest and most prestigious public university in Greece, offering high quality, tuition-free education. NTUA consists of 9 Schools of Science and Technology, with a total of 40 Departments and around 25,000 students, dealing with specific scientific fields in each School and fostering teaching and research. NTUA does not only reflect a high standard in knowledge, but also stands as a symbol of the struggle for freedom and democracy, since it was the site of the students’ uprising against the dictatorship of the military junta in Greece in 1973.

The School of Architecture is located in the city centre and housed in a historical landmark building that was recently awarded the EUROPA NOSTRA HERITAGE AWARD (Averof building). It offers undergraduate and postgraduate education and also has a large number of PhD students and research stuff. It consists of four departments covering the 4 major thematic areas of knowledge. These are: Department I, Architectural design / Department II, Urban and Regional Planning / Department III, Architectural Language, Communication and design / Department IV, Architectural Technology. Its members work in a variety of projects reflecting their research interests and their work is published both in Greece and abroad.

In terms of research, the School of Architecture has participated in FP6 and FP7 projects, among which in the “Growing Inequality and Social Innovation: Alternative Knowledge and Practice in Overcoming Social Exclusion in Europe” (KATARSIS) and “Gender, Migration and Intercultural Interactions in the Mediterranean and South East Europe: an interdisciplinary approach” (GEMIC). It has also coordinated numerous nationally funded projects including the “Transformations of the relationship between public and private spaces in social housing estates in Athens”. Furthermore, members of its teaching stuff have (co)organised a large number of international workshops and conferences including the “UrbanRise – Crisis regimes and emerging social movements” (funded by Antipode Foundation), INURA annual conference in 2008 and 2015.

The Faculty has developed innovative investigation strategies, like the analysis as well as to design proposals concerning urban public space (e.g. mapping analysis and description of urban space, depicting spatial formations in comparison to social perception and activities, expressing complex social, economic and cultural conditions). A recent analogous research (2015-2016), organized in Dortmund, Germany and in the suburban area of Athens, tried to investigate “informal”, out-of-organized-control urbanism, as developed in the immigrants’ neighbourhoods in Ruhr, Germany or in the Athenian municipality of Acharnes, Greece. 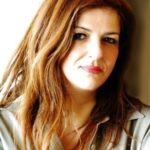 Elena Konstantinidou is Assistant Professor at the School of Architecture NTUA, in the Department of Architectural Design since 2000. She also has been Visiting Professor in foreign universities (IUAV, UCY, UNIC etc). Her academic interest focuses on Architectural design and architectural heritage, on the teaching of architectural design, methodology for the recognition of cultural identity of settlements, re-interpretation of historical environment and issues of new architecture in historic contexts. She also deals with identity issues, multiculturalism and the correlation of the built environment to contested and conflict issues. In this direction has been involved in recent years in many seminars, workshops and conferences. 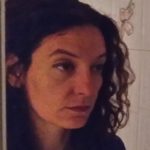 Penny Koutrolikou is Assistant Professor in Urban Studies and Design at the Department of Urban and Regional Planning of the School of Architecture. She has previously worked in Britain, Albania, Italy and Kosovo/e.  Her research interests include questions of hegemony, crisis and governance; discourse analysis of urban politics and policies; inter-group relations in multicultural cities; theories of public and in-between spaces and socio-spatial justice. She is a member of the International Network of Urban Research and Action (INURA) and she has organized several international workshops.

Konstantinos Moraitis is Architect and holds a PhD in Architecture and Landscape Architecture at the NTUA. He participated in 26 Research Programs and published severals articles and books concerning his architectural work. He is member of ARSIS Architects’ Team and won 25 awards in national architectural, landscape and urban design competitions, held in Greece and Cyprus. He also participated to several national and international conferences on architecture, semiotics and urbanism. 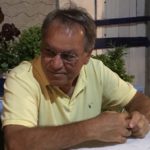 Constantinos A. Caradimas is Associate Professor in the undergraduate courses of the Architectural Technology Department and the Postgraduate Program of Conservation and Restoration of Historic Buildings and Sites. He has participated in a numerous conferences and architectural exhibitions in Greece and abroad. He also has many publications in Greek and international scientific journals, conferences and newspapers. From 1982 he has his private practice. He has designed and supervised a large number of conservation projects as well as modern building structures.

– approaching the existing social diversity and multiculturalism through local everyday realities (which are simultaneously local and global) and through its spatial aspects;

– organizing meetings, workshops, place-based activities to understand the points of convergence and divergence of diversity within the urban fabric of the city, to recognize and unveil its contemporary multiple identities;

– participating to the action research;

– co-creating in parallel action with the artists’ team, structures that aim to bring together different cultures and to facilitate sustained processes of interaction and conviviality;

– analysing the context and urban mapping;