The University of Warsaw (UW), founded in 1816, is the best university and a leading research centre in Poland. The high level of scientific research, its connection with the education of students and the diversity and attractiveness of our teaching determines the position of the University in the country and worldwide. University of Warsaw is listed among top 3% of the World-Class Universities and recognized by prestigious international rankings such as the Academic Ranking of World Universities (AKA Shanghai Ranking), the QS Top Universities, the Times Higher Education World University Rankings and the CHE Excellence Group 2010 (subjects: chemistry, physics).

The Centre of Migration Research (CMR) was established in 1993 and remains a leading interdisciplinary inter-faculty research unit of the University of Warsaw, specializing in studies on migration processes in Poland and in Europe. About 56 researchers are currently affiliated with the CMR; among them 11 Professors, 26 researchers holding a PhD degree and 19 persons with a MA degree. Within the group, researchers with sociological and economic backgrounds predominate but such fields as demography, political science, administrative law, social anthropology and cross-cultural psychology are also represented.

Academic and research activities were the main goal of the CMR since the origins. The Centre has been involved in a number of migration projects (varying in scale), funded by national and international sources. To date, the largest and most significant scientifically projects conducted by the CMR include: IDEA – Mediterranean and Eastern European Countries as new immigration destinations in the European Union (consortium of eleven institutions from nine countries, co-funded by 6 Framework Program), Mobility and Migrations at the Time of Transformation – Methodological Challenges (MWM, co-funded by EEA Financial Mechanism), Migration Policy and Labor Market Change (MPLM Project, co-funded by the European Social Fund). Currently the Center hosts a Marie-Curie doctoral fellow within an 7th Framework Program Initial Training Network project (TRANSMIC). It also has a role in the leadership of a NORFACE-funded project on the role of welfare systems in destination and origin countries for migration patterns within and towards Europe (MobileWelfare). Throughout the years, around 50 research projects have been finalized, of a total budget of approximately 1.5 million euro (excluding individual and advisor grants).

Paweł Kaczmarczyk is the Director of the CMR at the University of Warsaw and Assistant Professor at the Faculty of Economic Sciences, University of Warsaw; IZA fellow, TFMI (Transcontinental Forum on Migration and Integration) fellow, and SOPEMI correspondent for Poland at OECD; in 2008-2011 a member of the Board of Strategic Advisers to the Prime Minister of Poland. His main research areas include causes and consequences of labour migration (with special attention paid to analysis of migration processes in CEE countries), highly skilled mobility, methodology of migration research, labour economics, demography, international economics and migration policy. Author of many publications concerning those areas. 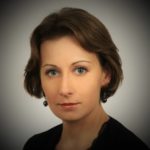 Marta Pachocka is Assistant Professor and Head of Economics of Migration Research Unit at the CMR of the University of Warsaw. She is also Assistant Professor at the Department of Political Studies of the Collegium of Socio-Economics of the Warsaw School of Economics. She has been involved in several national and international projects devoted to EU and migration related issues (e.g.: IMINTEG, EUMIGRO, ALIEN, CEWSE, EUSHARE, etc.) since 2012. Her main research interests are: European integration, EU in the international relations, EU studies, socio-demographic changes, international migration, EU policy on migration, asylum and borders, integration of immigrants in selected EU member states, with a special focus on France and Poland.

Pachocka, M. (2017). Looking beyond the current migration and refugee crises in Europe: a common policy of the EU and the outlook for the future – in search of solutions. In: European Commission: Directorate-General for Education, Youth, Sport and Culture, Migrations: Jean Monnet Seminar 2016. Luxembourg: Publications Office of the European Union, 73-84.

Pachocka, M. (2016). Understanding the Visegrad Group states’ response to the migrant and refugee crises 2014+ in the European Union. Yearbook of Polish European Studies, 19, 101-132.

Pachocka, M. (2016). The twin migration and refugee crises in Europe: examining the OECD contribution to the debate. Yearbook of the Institute of East–Central Europe/ Rocznik Instytutu Europy Środkowo–Wschodniej, 14, 4, 71–99.

Anna Kordasiewicz is a Sociologist interested in migration and mobility, integration and transformations of social relationships. She is Assistant Professor at the Centre of Migration Research at the University of Warsaw. She collaborates with Institute of Sociology, University of Łódź; the Institute of Sociology, University of Warsaw, and with the Field of Dialogue Foundation, which she co-established in 2011. Her research interests pertain to migrations, paid domestic work, including care work, aging, social services, transformations of contemporary social relationships, civic engagement. She also has experience with participatory methods and the collaboration between NGOs, local governments and cultural centres.

Kordasiewicz, A., Radziwinowiczówna, A. and Kloc-Nowak, W. (2018). Ethnomoralities of care in transnational families: care intentions as a missing link between norms and arrangements. Journal of Family Studies, 24, 1, 76-93.

Kordasiewicz, A. and Przemysław, S. (2017). Migrations, engagement and integration of Poles in the UK and in London Borough of Lewisham – research and data review within the Londoner-Pole-Citizen Project.

Olga Cojocaru is Research Assistant at CMR under the framework of ITN Marie Curie TRANSMIC (7 FP) project where she will work towards completing a Ph.D thesis. She has conducted ethnographic fieldwork in multiple settings dealing with restricted mobility, citizenship acquisition, emotional implications of bureaucratic procedures, religious rhythms and calendar styles in Moldova. Her current research interests include temporalities of migration, transnational care, irregular migration and entrapment.

– Contributing on a regular basis to the web platform (general concept, structure and content);

– Elaborating a mixed methodology of the research;

– Collaborating with the Atlas partners during meetings and activities;

– Participating in the activities proposed by the Atlas partners during the project implementation.