Martina Tani supervised by Pierluigi Musarò has recently pubblished an article about  the role of art in enhancing cultural diversity. Grounded on the analysis of the festivals Right to the City (2018) and Home (2019), curated by Piersandra Di Matteo and organized in Bologna by ERT Fondazione, Cantieri Meticci and the Department of Sociology and Business Law of University of Bologna, it is entitled "Performing arts as new frontier of cross-cultural communication. A possible dialogue between citizens and newcomers".

The article can be downloaded Here - Below, a passage: 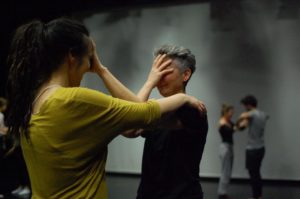 The conceptual framework that guided my study was focused on the figure of the “active audience”. This concept refers to an audience that also takes part in the performances, following a process of Audience Development, able to enlarge and diversify the public, producing an improvement of the conditions of fruition. This perspective change refers not only to the quantitative sphere, namely, the increase of the number of viewers, but also the qualitative one, meaning the strategies aimed at improving the relationship with the existing audience.

Among the various definition of Audience Development, one particularly interesting is that adopted by Nobuko Kawashima, which refers to four different yet related processes: Cultural Inclusion, Extended Marketing, Taste Cultivation and Audience Education.