'Politics of refuge' is a research seminar that will take place during the cultural event A Taste of the Other (from 24-26th May) organised by Le Channel Scène Nationale de Calais on the initiative of the researchers from University of Lille (academic partner) in collaboration with the ANR program Liminal /Inalco and « Non Lieux de l’Exil » (NLE). 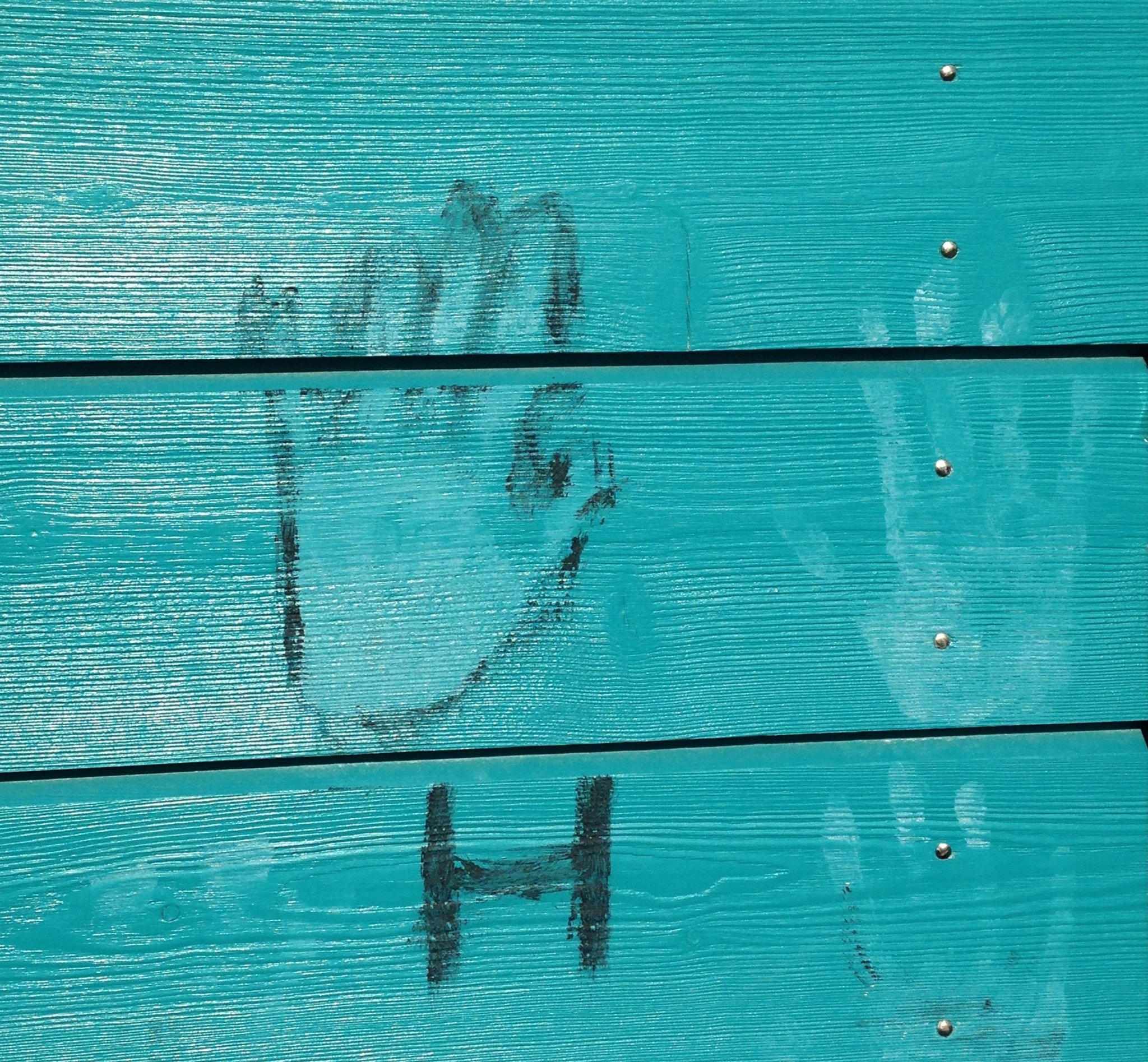 Here's a short explanation of the key theme of discussion that will accompany the participants during the whole seminar.

In April 2017, le Channel invited the artist Momette to work on a large collection of handprints as part of the artistic project Mano à Mano. Momette met with the inhabitants of Calais, some of whom were exiled persons either in transit or in the process of seeking asylum. While following her fieldwork, we realised that her practice consists of opening a space-time “bracket” of refuge through art. Futhermore, since the demolition of the slum of la Lande and the closure of the Jules Ferry centre along with the container camp, all the shelters, precarious camps that exiled persons try to install or occupy are systematically demolished following local policies that do not allow them to “fix a location.” Refuge is a heterogenous concept. In English, many words can be used to describe a refuge: a haven, a shelter, a sanctuary. Each of these words points towards a facet of the “refuge”, which is in itself a generic term. It essentially signifies a space-time bracket in which one can temporarily escape surveillance and control in the public sphere. From this point of view, the current French policy of providing shelter appears to be ambivalent as it ultimately enables them to justify the demolition of “precarious” camps. This idea of sheltering submits exiled persons to control and as a result, the shelter is no longer a place of refuge. For American anthropologist Anna Tsing, as quoted by Donna Haraway, a refuge is a place of regeneration for members of the human species that are endangered by reductive, rationalist and exploitative global policies. Thus perceived, a refuge can no longer be conceived uniquely from the point of view of hospitality, as a place that “we” would have to create in “our homes” for the “others” whose vulnerability drives them to seek “refuge”, at the cost of being cast aside or being assigned a space to occupy.

Rather than exploring the different ways of “offering” a refuge, as one “offers” hospitality, the seminar will instead try to explore the way in which shelters are actually experienced as a refuge for exiled persons. In order to be experienced as such, a shelter needs to not only provide the necessary conditions for regeneration but also create an environment in which exiled persons can experience a shelter as a refuge. A policy of refuge must, therefore, sustain the possibilities of regeneration: possibilities of speaking, creating, resting, befriending, recreation, and uniting against hostility. How does the cultural and artistic world figure into such a policy?

No prior booking is required. Check the full programme here.

extension
Resources
bookmark
Download the seminar programme (ENG)
bookmark
Programme complet (FR)
Events like this
What is the role of performing arts in challenging the dominant narratives and imaginary on migration? And, specifically, how can performing arts support diversity in European cities? Through different research and curatorial experiences lead along Atlas of Transitions project, the volume offers new insights on the ways in which artistic practices build spaces of resistance, forms of subversion, and counter-hegemonic discourses on migration.
read more
Which relations and practices can be interwoven between the artistic field and academic research? How they mutually nurture themselves? Our French partner, Le Channel Scène National De Calais, in collaboration with the University of Lille, has tried to answer some of these questions. The results are collected in the new issued paperwork - Porositès - which investigates concept as caring, shelter, exile, and borders. Check it out!
read more
The docu-Film Monuments of Conflict & Convergence by Motus Terrae, has just been released. Discover more about Lavrio city identity, its history and people migration stories. Watch it here or visit Atlas of Transitions' YouTube channel.
read more
Our project partner from Greece, Motus Terrae, never stops, even under recurrent lockdowns and the continuous restrictions of the last period. They are preparing a short film through which the viewers will get to know the concept and the creative process and meet the local people involved in what could have been a site-specific creation. Stay tuned to discover this amazing journey!
read more