The University of Liège has been established for two centuries in the heart of an ancient city and former capital of a State, the Principality of Liège, itself a renowned intellectual centre since the Middle Ages. With a rich historical and intellectual tradition, the Ulg has roots that stretch back long before its founding in 1817 as a State University under the Dutch system. From its origins, the University of Liège was already closely associated with regional development and national prosperity, that of Belgium from 1830. This characteristic remains today, with ULiège playing an essential role in the development of human skills through its training programmes, as well as through its scientific, cultural, and economic projects in a metropolis, Liège, and a region, Wallonia, in renewal.

The CEDEM (Centre for Ethnic and Migration Studies) is a research center attached to the Faculty of Social Sciences of the University of Liège. The Center was founded in 1995 and aims to carry out theoretical or empirical research on human migration. The particularity of CEDEM is its strong multidisciplinary approach in research and in education. The CEDEM traditionally conducts research in four major areas: Migration Governance, Cultural Diversity and Social Cohesion (this research line focuses, on the one hand, on the Europeanization of immigration, asylum and integration policies and, on the other hand, on the impact of this movement on urban space and immigration neighbourhoods); Transnationalism and Migration focusing on public policies and the social, political and economic practices of migrants between countries of residence, countries of origin and third countries (particular emphasis is placed on the comparative perspective of transnational practices and policies); Mediterranean and Islams, which examines the social, political and cultural transformations of Maghreb and on the interactions that the region has with the whole of Europe, particularly through immigration (in this line of research, the question of Muslim identities from a transnational perspective); Citizenship, Socio-Political Mobilizations and the Arts, with special focus on social and political mobilizations (electoral and non-electoral) in the field of immigration. Particular emphasis has given to the study of the social and political significance of popular arts for ethnic and immigrants’ minorities in a multicultural and post-migration urban context from a global perspective. 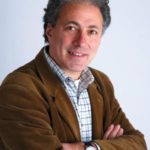 Marco Martiniello is Research Director at the National Fund for Scientific Research (FNRS), Willy Brandt Guest Professor at the University of Malmö (Sweden) and Lecturer in Politics at the University of Liège. He is the Director of the CEDEM. He is member of the executive board of the European Network of Excellence IMISCOE and of the Association Belge de Science Politique – Communauté Française de Belgique and the editorial Board of Ethnic and Racial Studies, the Revue Européenne des Migrations Internationales, Global Networks and Vice-chair of the Research Committee n°31 Sociology of Migration (ISA). Martiniello is particularly interested in: transnationalism and forms of artistic expression of minorities, migration policy, citizenship, multiculturalism, racism and political mobilization of migrants and minorities in Europe and North America. 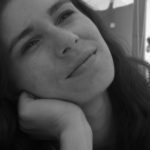 Amanda C. Da Silva is Ph.D Researcher in political and social sciences at the Center for the Study of Ethnicity and Migration (CEDEM) of Liege University. Since 2012 she has done research on the construction of camps and places of migrants’ exclusion, she is working in a comparative perspective between France and Belgium. Her works have been focused on the mobilization of civil society actors, cultural actors and migrants integration, migrants representation in the public sphere and arts democratization and citizenship.

Da Silva, A. (2018). Bringing Solidarity and Hostility to EU borders: The Calais Camps at the Heart of French-UK Securitization of Immigration Process. In: Agarin, T. and Nancheva, N. (eds.). A European crisis, Perspectives on Refugees, Solidarity, and Europe. Stuttgart: Ibidem-Verlag.

– Collaborating in the research and sharing reflections and experiences with the Atlas partners during the meetings and activities;

– Collaborating and creating tools with the artists and actors at the local level, and sharing this experience with the Atlas team;

– Participating in the activities proposed by the members;

– Contributing to the development of web platform;

– Preparing a special issue to be submitted in Comparative and Migration Studies (2018);

– Co-organizing with the Theatre de Liège multidisciplinary meeting/workshop during the festival at Liège for the Atlas project members (share experiences and practices).