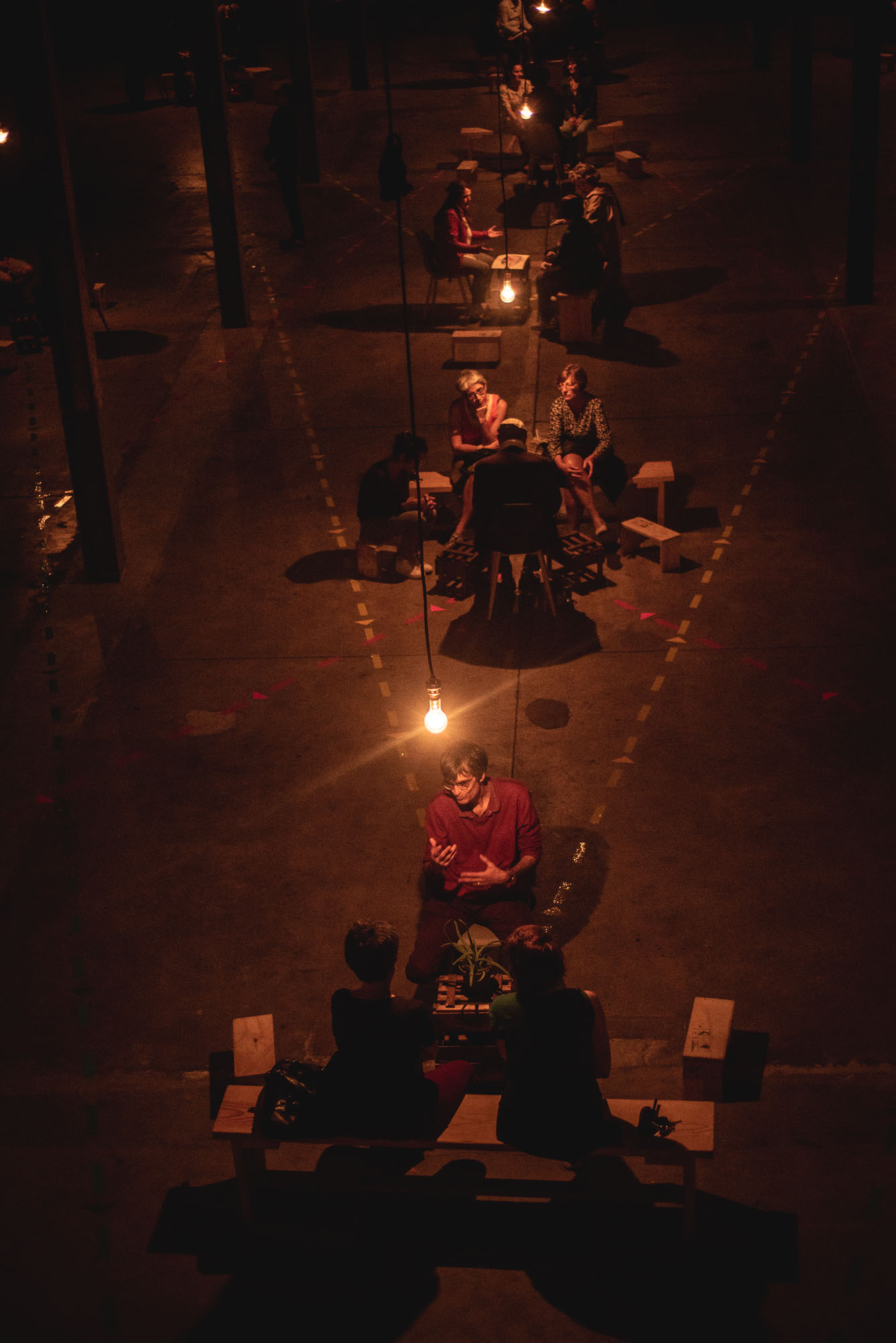 During the multidisciplinary festival 'A Taste of the Other', Le Channel Scène Nationale de Calais invited people on a journey with an unusual itinerary along which they could meet four people who each have a unique point of view, an experience and a certain knowledge on the much-debated topic of migration. The “incredible paths” was an opportunity to create a space where short testimonials and concise reflections that shed light on questions raised by intercontinental migrations can be shared.

These testimonials were delivered by twenty-five people with different profiles; some were researchers (sociologists, anthropologists, geographers...), some artists living in exile (poets, actors, writers), yet others involved residents or active members of various non-profits.

This diverse group was comprised of individuals invited by the Channel, whether it be for their recognized work in the field, their published works, their active participation in local non-profits or their individual experiences of migration, but, most importantly, for their desire to speak up on the issue. The group was then entrusted to the artistic team who organised rehearsals over two weeks in a tête-à-tête with the director.

The 25 participants constituted six itineraries, each with a particular question that bound their testimonies together. Thus, six “paths” were proposed to the audience, two of which were dedicated to families with children aged 8 and up. Each path was composed of four stations that lasted 7 minutes each, which allowed the spectator to be confronted with four different points of view within the short duration of 35 minutes. A great amount of thought was put into the scenography and every dimming of the light, every sound effect and every other little detail was put in so as to allow the spectators to themselves “migrate” from one station to the next, collecting ideas, emotions, and knowledge as they went. The only rule: the spectators could not speak to the person in front of them. Their silent reverence and undivided attention to the person speaking was their sole entry fee.

The itineraries were composed keeping in mind that the spectators should be confronted sporadically with an erudite, scientific or expert opinion on the topic of migration juxtaposed with narratives of people’s everyday realities and experiences of this global phenomenon. These short meetings required no prior knowledge on the topic and one could participate in irrespective of one’s own opinion on the matter, which made for a very intense human experience filled with generosity, curiosity and respect for the other. The experience, by all accounts, was just as rich for those who spoke during Incredible paths, who participated in a performance that demanded a lot of them physically, emotionally and intellectually. To them, this event was meaningful in its address to the residents of Calais and in the novelty of its form and treatment of a topic that has received a lot of media attention in the recent years.

(The company of men), founded in 1998. The company debuted with the play L’Amour en toutes Lettres , questions sur la sexualité à l’Abbé Viollet 1924-1943, (Love in all the letters, questions about sexuality addressed to the Abbot Viollet 1924-1943 ), featuring thirty actors who are still in the company, and Dale Recuerdos (I Think Of You), memories narrated by male and female amateur actors above the age of seventy. So far, twenty-eight episodes have been created in twenty-eight cities in France and abroad (Santiago, Chile in 2008, Moscow in 2009 and Malabo in Equatorial Guinea in 2013). Didier Ruiz has always been interested in the presence of amateur actors as witnesses, bearers of their own story and borne on the same collective stories. Memories, impressions, as well as portraits and collections, are all important references that shape the work of the company. Currently, his latest show TRANS (Further) is touring in Spain and in Avignon.