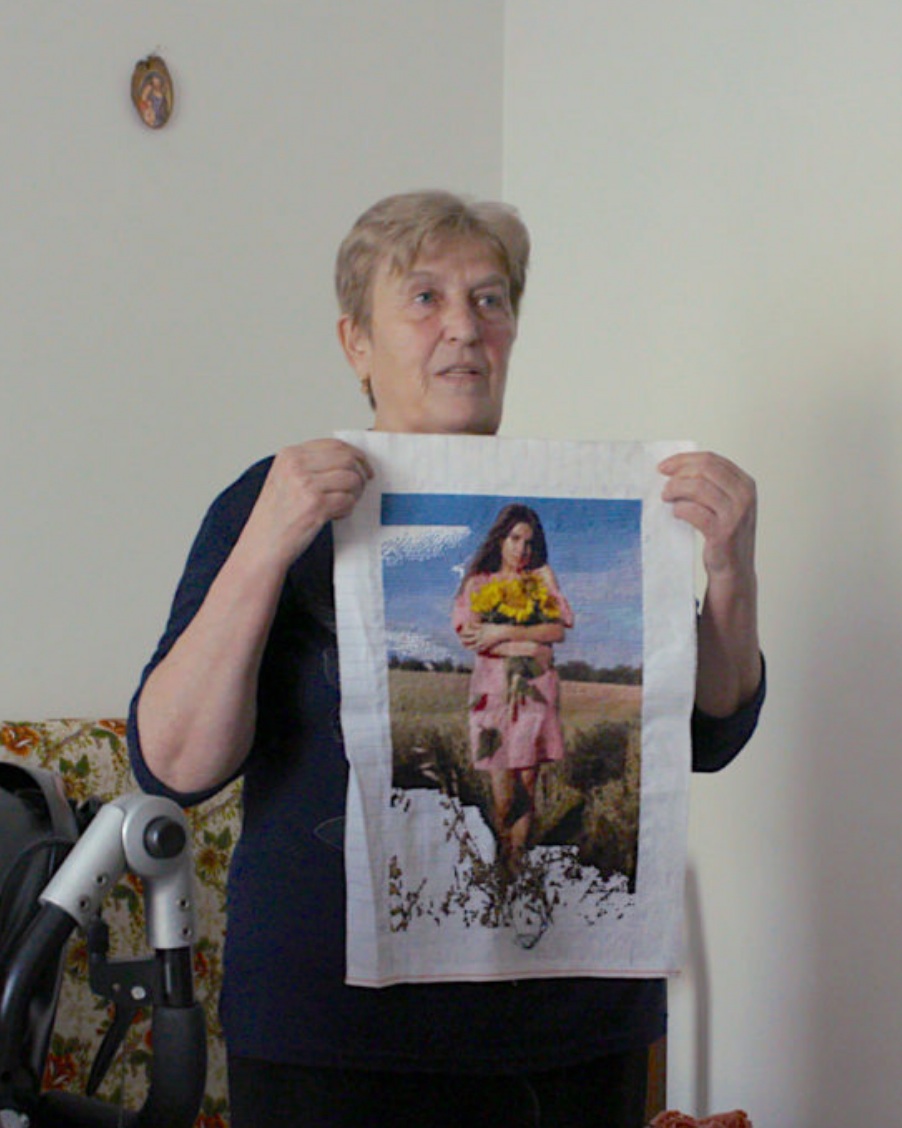 In the frame of Atlas of Transitions Biennial 'HOME', Estonian artist Kristina Norman has been invited to take part in an creative residency in Bologna and Santarcangelo. Norman is a visual artist and documentary filmmaker from Talinn, who’s work is devoted to the exploration of the political potential that contemporary art offers in dealing with the issues of human rights and the politics of memory.

Many women leave their Eastern European homes and come to Italy to rescue their loved ones from a life in poverty. To develop her new project, Kristina Norman spent a few months meeting women who take care of elderly persons, also called badanti, or who have that experience and are now doing something else. Doing the labour of love – the housework and the elderly care in Italy, the badante is nourishing the economies of both countries – of Italy and the one of her origin. At times, she might feel emotionally torn between the two families who need her to an equal degree. With time passing, she remains a stranger in Italy, but she also grows strange to the country and the culture which used to be her home. This is why, in her new work, the artist has chosen to focus on the concept of  'weight' and 'weightlessness', to underline the state of 'gravitation' these women are in, which consequently make them feel without having a place to go back to.

The documentary material collected by the artist during her period of research has led to the realisation of  'Lighter Than Woman' , which will be presented at Santarcangelo Festival from 5-9th July and from 12-14th July and at Homo Novus Festival in Riga from 11-13th September 2019. 'Lighter Than Woman' is a documentary performance that reflects on how a group of women from wildly different backgrounds overcome the gravity of work; learning to live with ambivalence and finding meaning and joy in their new circumstances.

Kristina Norman
Trained as an artist, Kristina Norman is active both in the field of contemporary art and documentary filmmaking. When addressing issues of collective memory and forgetting, and the memorial uses of public space, she often searches for ways to physically and symbolically intervene in the environments in focus. While many of her art projects are presented in the form of video installations, site-specificity and performativity are of great importance in these works. Among the projects that provoked the most public discussion, mainly concerning the role of art and artists in the society, about ethics in art, and the line between art and politics, is a vast research-based art project titled ‘After-War’ with which she represented Estonia at Venice Biennale in 2009. Some of Norman’s more recent works are dedicated to the issues of migration, focussing on the aspects of memory and public representation.