Adel Darwish on Hierarchy of Needs

Adel Darwish on Hierarchy of needs 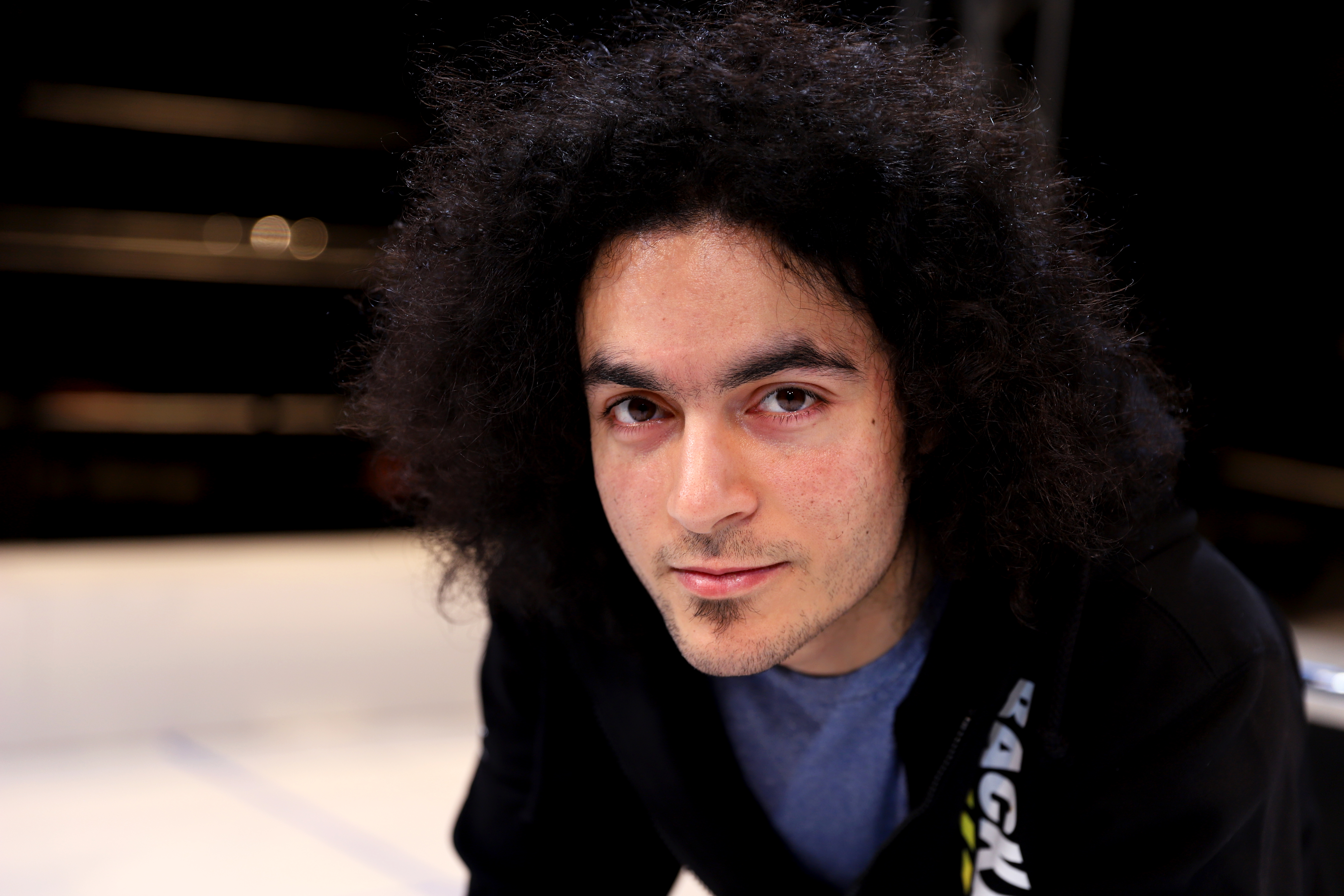 Adel Darwish, playwright and actor in 'Hierarchy of Needs' shares his thoughts on the performance and the theory on the Hierarchy of needs.

In 2017 I went to a theatre school in Skara and during my internship I made a performance called Body language. Before the dress rehearsal something went wrong with the audio system and we had to call a technician. He was in Uddevalla and we had to talk to him on speaker phone. While I sat there at the theatre and heard the technician through the air I had an epiphany. He was in Uddevalla but simultaneously in Skara. What if I could do the same thing with my friends in Syria: Uddevalla – Skara, Syria – Sweden! They are in a theatre, I am in a theatre. We could make a performance together! Before this I had been stuck at the realization of how impossible that would be. Impossible because we couldn’t physically be in the same room.

My first problem was: How will the audience be able to understand? My friends speak Arabic. But I simply added that they speak Swedish into the script and thought: We can play with this! When they say something in Swedish I ask in wonder: “Do you speak Swedish?” And they reply: “No, this was in the script”. It conveys a feeling of them being live, but recorded at the same time – they respond to questions in real time, but the answers are scripted. As if it happens and has already happened. That creates confusion as to what is real and what is fantasy. Everything is surreal, but still logical. At the theatre one often speaks of the fourth wall: the wall between the audience and the actors. But when I sent an early version of the script to my old teacher in Syria he said “You have created a fifth wall and broken it”. He meant the wall between Sweden and Syria, which was broken by the video call.

The hierarchy of needs

The hierarchy of needs as a theme was actually added in a later stage. When I had written half the script and talked about it with my friend who is also in the video he said, “have you noticed that you are talking about the hierarchy of needs?” It gave me a key. If you don’t have any needs your drive is based on what you want and not what you need. If I didn’t have any needs my life would be much better. If humans didn’t have needs there wouldn’t be any wars. The need for power would not corrupt. People in heavy need of power maintain a status quo where people lower in the hierarchy keep having basic needs so that their focus lies in fulfilling them and not to overthrow the rulers. I don’t think it is possible to get free from the triangle that is the hierarchy of needs. Many try, but without succeeding. I think the only way to break free would be to travel in time. Then all needs would be dissolved since we would know what has happened and what will be, we would be in control.

When the script was ready and translated into Swedish after the summer of 2017 we realized that we had to shoot the scenes in Syria quickly, because my friends would be forced to flee short after. I applied for funding from the local government but didn’t get an answer in time. So I told my friends that I had gotten the funds and then I sent them everything I had. Luckily we got the money in the end.

I don’t want to do this performance because of the war, I would have done it even if me and my friends would have been born in Australia and had moved to different places. It is about being human, regardless of where the human is born. It is wrong to think “they live in luxury, they think like this and they are in war they think like that”. It all comes down to habit, what you’re used to and what expectations you’re familiar with, but the thoughts and feelings are the same.

Told by Adel Darwish
Written down by Hanna Johansson

'Hierarchy of Needs' is a new production by Backa Teater realised in collaboration with urban dance company Twisted Feet Company in the frame of Atlas of Transitions.