Well-being or wall-being?
Boundaries and the Fabrica Mundi


Life quickly reimposes constraints to take the place of those from which we feel freed: whatever you do and wherever you go, we are raising walls around ourselves, first as shelter and then immediately as a prison.

(Marguerite Yourcenar, How Many Years, 1977)

An old English proverb says: "Good fences make good neighbours".
I am not a big fan of walls, though I do in some cases recognize their usefulness.
For as much as it is today excessively venerated, private property - the inalienable buttress of individual rights - has contributed to moulding modernity, settling wars between states, and defending citizens from various tyrants. But walls, which often delimit it, are ambivalent objects: they protect, divide, defend, and separate.
Looking at the cracks of fortresses, first of all those in Europe (which looks more like a very exclusive club than a real fortress), we see how, through the walls, legitimate opposing realities deal with each other. While neo-liberal, cosmopolitan, humanitarian, and transnational activists dream of a world without frontiers (whether to the extent of global markets or global citizenship/governance), rich and poor nation-states alike display a real passion for wall construction.

Although it is impossible to draw up a complete list of the walls that have been raised from the post-war period of the Second World War to the present, it is enough to mention the notorious wall that for more than three decades divided the Berlin of the Soviet block from that of the West, the border between the two Koreas, that between Morocco and the Saharawi refugees camped in the Algerian desert, the one that divides Cypriots and Greeks, which has now become anachronistic for the younger generations, the peace walls in Northern Ireland that attest to the thirty-year struggle between the Protestant Unionist community and the Catholic Republican community, the line that divides India and Pakistan in the controversial Kashmir region, the US barrier erected to stop illegal immigration from Mexico, the wall between Myanmar and Bangladesh surrounding the region where the Rohingya minority lives, the one between South Africa and Mozambique, and even the most recent ones between Saudi Arabia and Yemen or Iraq, and between India and various neighbouring 'states'. And then there is the electric fence that separates Botswana from Zimbabwe, the concrete and steel barrier that divides Thailand from Malaysia, the one separating the Baloch community built between Iran and Pakistan, the barrier dividing Shiites and Sunni in Baghdad, the many solid and liquid barriers that prevent millions of refugees from seeking asylum in Europe, and the wall of shame that manifests the presence of Israel in the Palestinian territories.

Built to block workers or refugees, terrorism or drugs, the smuggling of weapons or goods, ethnic or religious promiscuity, these rudimentary or high-tech fortifications are less significant in their materiality and physicality than the ideological narratives they rest on.
More than the legacy of Westphalia or shields against external enemies, walls today are markers of a moral geography of the world in which opening and closing, universalization and exclusion coexist. They are real signs of the paradoxes of a globalization usually identified in its most immaterial elements, electronic and financial flows, with localization being the other side of the coin.
Indeed, if capitalist development historically expresses tension over the breaching of walls or, rather, the elimination of space over time, this acts to counteract a local anchor, nowadays experienced as a symptom of inferiority and social degradation.

The space-time compression that makes the world a 'global village' has divested states of any real ability to control political, social and economic dynamics within them, rendering them ultimately no longer 'sovereign' as Thomas Hobbes described in Leviathan, followed later by Rousseau, Bodin or Carl Schmitt.
On the other hand, under the slogan 'the less government in the economy the better', since the days of Margaret Thatcher and Ronald Reagan, conservatives or progressives, European or American, governments have all acted in the same direction: dismantling the welfare system protecting the weakest classes and privatizing public services.
Thus, national politics, emptied of the democratic achievements inherent to the 'modernity project', has been forced to manage the gap between 'nationalized' individuals (whose status is still framed by passports, visas, residence, citizenship, etc.) and issues that are becoming increasingly global, in which the former have almost no say in the matter. 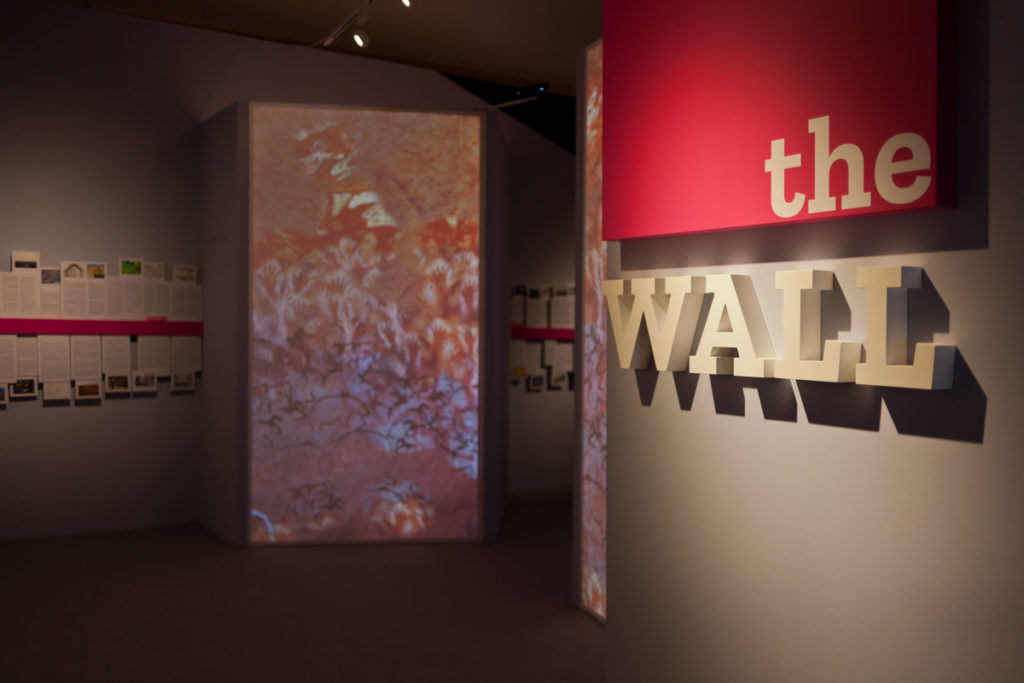 The gap appears especially wide in the areas of visas, border control and immigration policies: areas in which the government still has a lot of manoeuvring room. This power is often expressed in policing and territorial control, made more urgent by the need to address the challenge of transnational crime and terrorism, and in the management of the reactions of its citizens to this process of expropriation of popular sovereignty: feelings of dissatisfaction, alienation, anger, which often take the form of violent protests directed at non-citizens.
And so walls are built, tangible icons of the weakness and vulnerability that the states have not yet been able to come to terms with. Symbolically representing a function and effectiveness that they do not actually exert, such walls - as Wendy Brown writes - appear to be a "theatrical performance and spectacular show of power".  The performance reflects the productive power of the border, that is, the strategic role it plays as the fabrica mundi, its ability to construct the world. And we can see this in the rigid lines of any geographic map that endorses violence and abuse. Similar to this are the secular or humanitarian narratives that make a grand show of the control or rescue operations in the Mediterranean which, though made of water, represents a cognitive, moral, political wall.

Although it has been theorized since the 18th century by international philosophers and jurists (Grotius, Locke, Voltaire, Kant), the right to migrate is one of the least equally distributed rights among the different areas of the world. It is a right that has shifted from the exit ban that characterized the Nazi-fascist regimes and the Communist block of the past (and thus fell with the Berlin Wall beginning in 1989), to the ban on entering another country, now in force in most of the wealthier states, from Europe to the United States, and Australia.
The nation-state crisis tries to hide behind walls that promise to defend citizens from external dangers, but which seem more useful for drawing attention away from the crisis, from the erosion of rights that become privileges.
Walls that desire to seal off a dangerous outside, to create distance from vulnerability, to defend the nostalgia of a colonial past or the illusion of a better future, and thus direct resentment towards increasing internal inequalities, make us feel increasingly inadequate and alone in our inability to deal with the performances demanded by global capitalism.

A wall-being built on the rubble of well-being, like the "Wall of Via Anelli" built in 2006 in Padua to divide the neighbourhood inhabited by immigrants from those of the Venetians, or the "Great Wall of Calais" built in 2016 to prevent migrants from clandestinely climbing onto lorries heading to Great Britain.
The most immovable wall thus becomes that existential uncertainty that exposes us to the risk of social exclusion. Walls that erode our self-esteem and restrict our freedom of movement have always been of scant use and distributed in an unequal manner.
If we focus on the space-time relationship, we see that it is todays social stratification, more than 20,000 km of walls, that is creating a world of limited living quality for those who are banned by immigration laws, electronically-controlled city neighbourhoods, and "zero-tolerance" policies.

The shrinking space abolishes the flow of time and creates a kind of sanitary wall that seems to divide the inhabitants of the 'upper' part of the world - who live immersed in a sequence of events, in a perpetual present - and residents of the lower part, anchored to space and a time where nothing ever happens, empty, slow, killing time, until it slowly dies off.
The consequences of globalization on people is - Bauman states - explained in the division between "tourists" and "vagabonds", with the sole dream of the latter group being to be tourists, to become part of the elite of accessible  consumption and extra-territoriality.
The tourist and vagabond are each the alter ego of the other, with the difference being that the vagabond is bound by dual chains to the territory, humiliated by the obligation to remain in place, in the face of the ostentatious freedom of movement of others.
If the vagabond envies the tourist's life and aspires, the tourist for his part is afraid that his status may suddenly change. For this reason, the vagabond is the tourist's nightmare, who sees in him the risk of insecurity and the bitter smell of defeat.
A wall thus becomes a tool to banish the beggar and the vagabond from the street, confining migrants, displaced persons, and asylum seekers to distant unseen ghettos, demanding their exclusion, exile or imprisonment. Thus, in the desperate attempt to eliminate their fears, they make them as good as dead. Lives 'not worthy of mourning', as Judith Butler describes them.

It is worth reconsidering the meaning of the English proverb as relates to the role of walls and borders today, asking how these can still be 'good things to think about' and 'good things for living'.
For example, we might begin to distinguish between a wall, a tangible sign of mutual closure, and a border, which is both a limit and passage way. We should keep in mind that a wall is to a border what identity is to otherness. We might see that the two-sided conflict between the wall and the border reflects that of the obsession for identity and relationship of openness to others.
We would probably realize that, although tireless and stubborn wall builders inside, we are in fact cosmopolitan because we all live each moment crossing boundaries and thresholds, liminal landscapes, 'borderlands'.

In a world that is increasingly takes on the appearance of a maze, we should deconstruct the walls and rethink the boundaries as places, situations or moments that ritualize relationships with each other, continually renewing the friend-enemy logic, categorizing the alien as a dangerous alien or a victim with whom we are compatible.
Instead of a wall, we could experience a border like that of the limes, where two differences  come into contact, deal with their own limitations, confront, recognize, and enrich each other. And then we might see in the incomplete list of contemporary walls the materialization of an identity closure leading to the disappearance of the other, the disappearance of that otherness without which identities no longer have a social existence.

From The WALL book, curated by Claudio Mazzanti,
with the collaboration of Andrea Maioli,
con-fine edizioni,
Monghidoro (BO), Italy -2018