The history of migration: a training provided by Cripel association in Liège 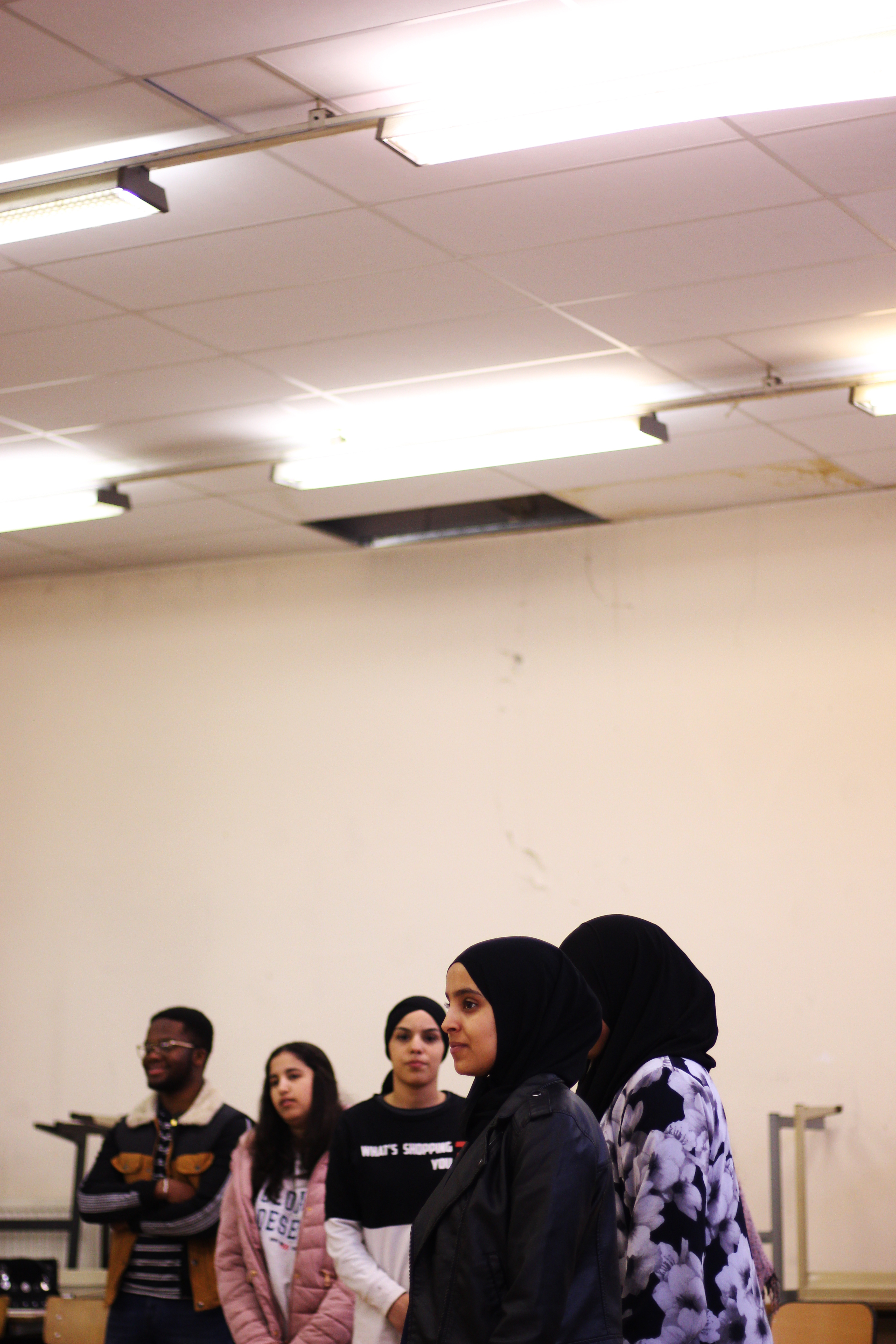 As part of the Atlas of Transtions activities, Théâtre de Liège organised a series of workshops with the students of the Athénée Maurice Destenay school, of ESACT (Acting School of the Royal Conservatory of Liège) and the learners of La Bobine association. The purpose of the animation conducted by Sandra Gasparotto of CRIPEL association was to trace the history of migration in Belgium. Participants were able to experience the CRIBW game "At the time of migration". It is an educational awareness tool that allows, in a funny and cooperative way, to address the issue of migration over time. The history of migration, the causes or constraints that push people to migrate, understand the opening and closing of borders throughout history and what motivated these decisions, mirror the migration of yesterday with that of today, deconstruct certain representations, prejudices and stereotypes linked to the migratory phenomenon...The workshop allows to contextualize the different statuses of foreigners through the history of migration and the successive immigration policies implemented in Belgium. Discovery of immigration policies implemented in Belgium through its history and what types of migration and status are related to it? This module presents a synthetic journey of a century of immigration to Belgium, starting from the first flows of foreign labor from the beginning of the 20th century to the gradual closure of borders. This is an opportunity to discuss each other's experiences.

On March 14th, The students of the Athénée Maurice Destenay, the learners of "La Bobine" and the ESACT students attended the performance of "Sortir du Noir" at the Théâtre de Liège. The atmosphere was emotionally charged. The feelings of the young people were strong. And all, in their own way, had been affected by the staging and projection. At the end of the performance, a passer-by entered the theatre hall and challenged a veiled student by questioning her right to wear the veil. An altercation ensued and things got a little heated. Confronted regularly with the jeers of the passers-by, the pupils reacted strongly. The director of the theatre intervened to calm the situation.

Theatre workshops have been held every week since January. The work of voicing supervised by actors is based on material collected during meetings with refugees. Now waiting for May 16th and 17th, when the students will present their work on the stage of the Théâtre de Liège.

Workshop
Between 2019 and 2020 Strefa Wolnosłowa is conducting a series of intercultural moving groups for young artists willing to experience participatory and community arts in three Warsaw locations - Stół Powszechny, the Centre for Contemporary Art and the Curie City Artivism Gallery.
Read more
20190114

Workshop
In January Forum Theatre workshops were organised by Tjeter Vizion NGO at the Children Culture center - Ex  Youth Center " Riemar" in Elbasan, involving a group of 10 university students, mainly with social work background. During the workshops, the group of participants worked on the creation of a performance exploring solutions to discrimination and exclusion, to be presented in various high schools in February and March 2019 in Gramsh, Elbasan, Cerrik.
Read more