'Autostrada del Sud. Primo studio per un ingorgo con spettatori'_itinerant performance in cars
36 cars. 36 actors-storytellers. More than 120 spectators. In each car, actors and spectators stick together in the middle of an urban traffic jam where more than one time exists. Intimate. Historical. Present. 'Autostrada del Sud' proposes to look again at that ‘necessary chaos’ evoked by Julio Cortazar in his novel 'Rayuela. Il gioco del mondo', where ‘complicit readers’ are invited to make their own reading journey by choosing the sequence in which they read the book chapters. Likewise, spectators, who can participate in the performance on-board of their own car or just as passengers of someone else’s car, make experience of the traffic block while sharing the intimate environment of a skull-like car as an infinite play for possibilities, a pluriversum in which cars become the passage towards another world. 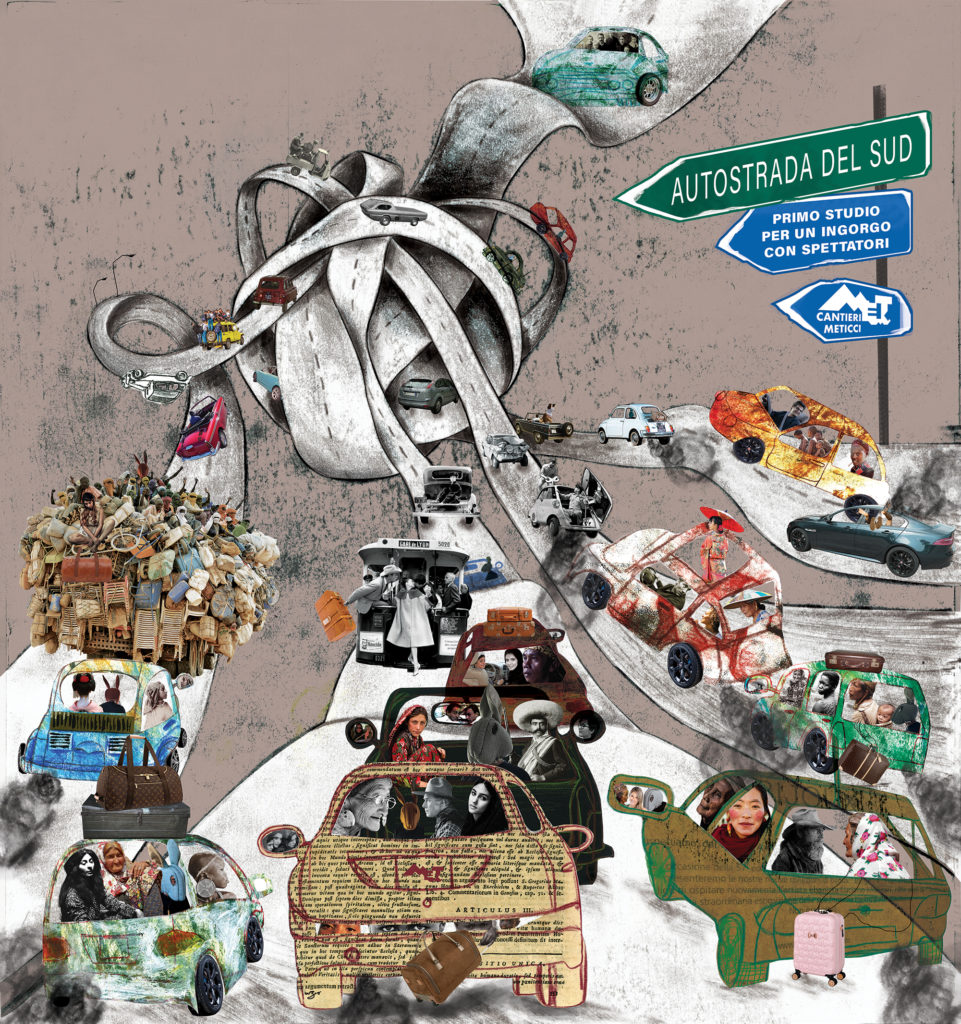 Since November 2017, the actors playing ‘Autostrada del Sud’ have actively been involved in the original dramaturgy, which was created by Pietro Floridia, the artistic director of Cantieri Meticci. They engaged in the processes of learning, improvisation and writing practice, that lasted months and inspired the narration of stories as well as atmospheres and characters.
Both the technical and scenographic features of the show were decided and managed by a team of artists – Michele Casale, Luana Pavani, Saeide Pourmohammadhajiagha, Davide Sorlini, Charlotte Wuillai. In addition, some of the people living in the refugee shelters in Bologna joined the group during the production phase, as they were interested in learning the skills needed ‘behind the scene’ of theatrical performance such as carpentry, costume design and others. 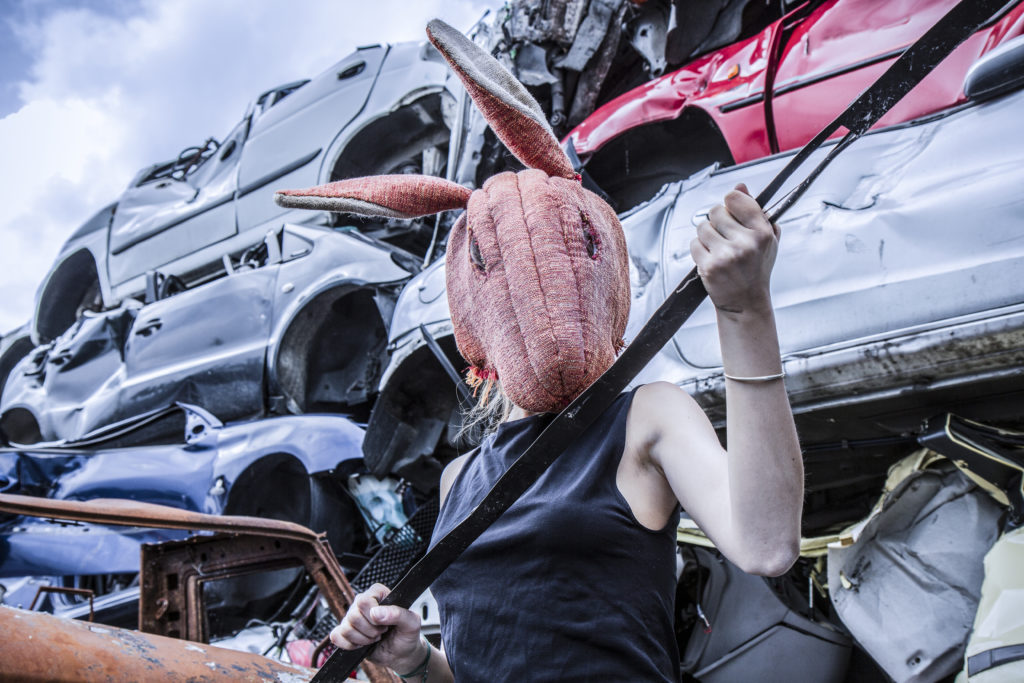 At the end, the actors on stage were more than fifty. They came from about twenty countries in the world – among others, The Gambia, Nigeria, Sierra Leone, Somalia, Senegal, Ivory Coast, Albania, France, Belgium, Brazil, Romania, Spain – and had diverse life experiences and ages – they were from 10 to 70 year-old. From the refugee shelters on the territory, managed by local organisations such as Arca di Noè and Camelot, about twenty asylum seekers and refugees took part in the project according to their own competency as actors and artisans.

Together with the experienced actors involved in the performance and the artistic production of Cantieri Meticci, the team of the Company became wider thanks to the presence of new participants, from workshops such as ‘Theatrical Neighbourhoods’ as well as those conducted in schools.

After a few performances of ‘Autostrada del Sud’ run on 17th and 23rd June during the Atlas of Transitions Biennial, ‘Right to the City | Diritto alla Città’, for the first time actors and technicians had the opportunity to discuss the strength and weakness of a show that has the power to directly involve and intimately envelop the spectator. The excellent feedback given by the public who attended the two performances, and the willingness to participate in the event in the future on the side of whom was left out from this ‘turnout on-wheels’, have encouraged Cantieri Meticci to roll up their sleeves and start the organisational machine preparing new dates for ‘Autostrada del Sud’, ‘the urban traffic jam with spectators’. 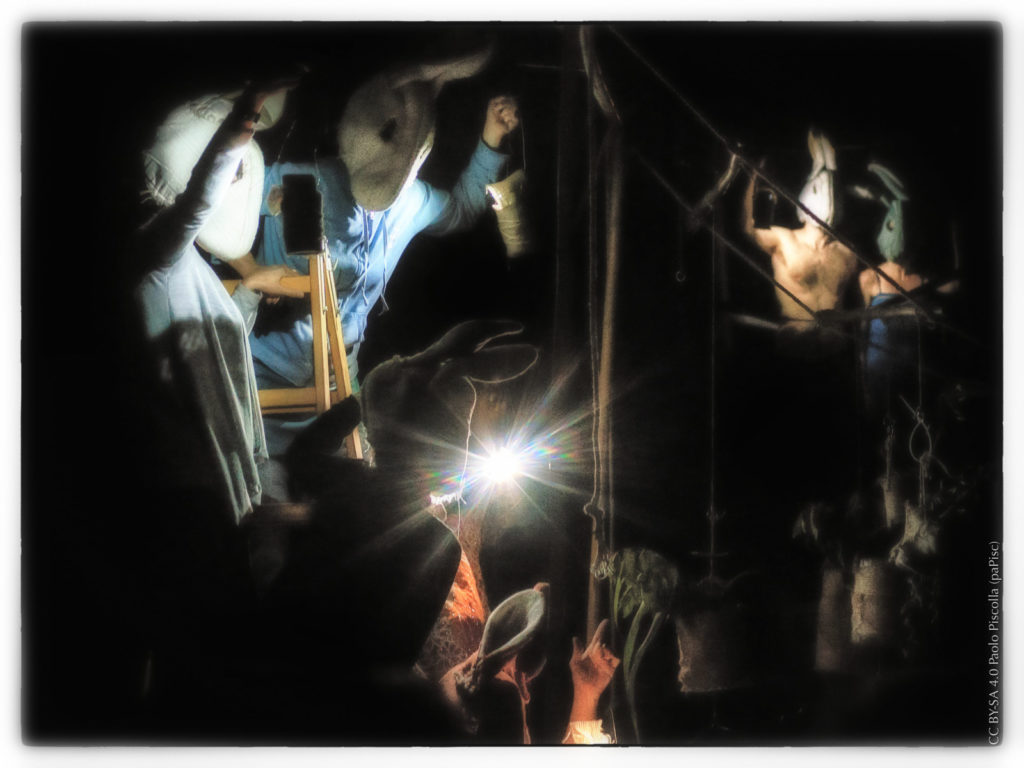