Intercultural theatre at the library

After four years now of constant presence on the territory, the Cantieri Meticci  eMerging Theatre Companies also known as Neighbourhood Companies take the first steps towards another year of artistic collaboration. Situated in the Navile district of Bologna, the Casa di Khaoula Library, is the first venue reactivated with an inaugural meeting, during which the discussion about the major themes of interest - introduced before the summer break -  is being continued. Wednesday is the usual meeting day, from 7pm until the library closes its doors to the public. Tables are moved around. Shoes are taken off. The organizers make sure that the environment is suitable for the collective creative process. 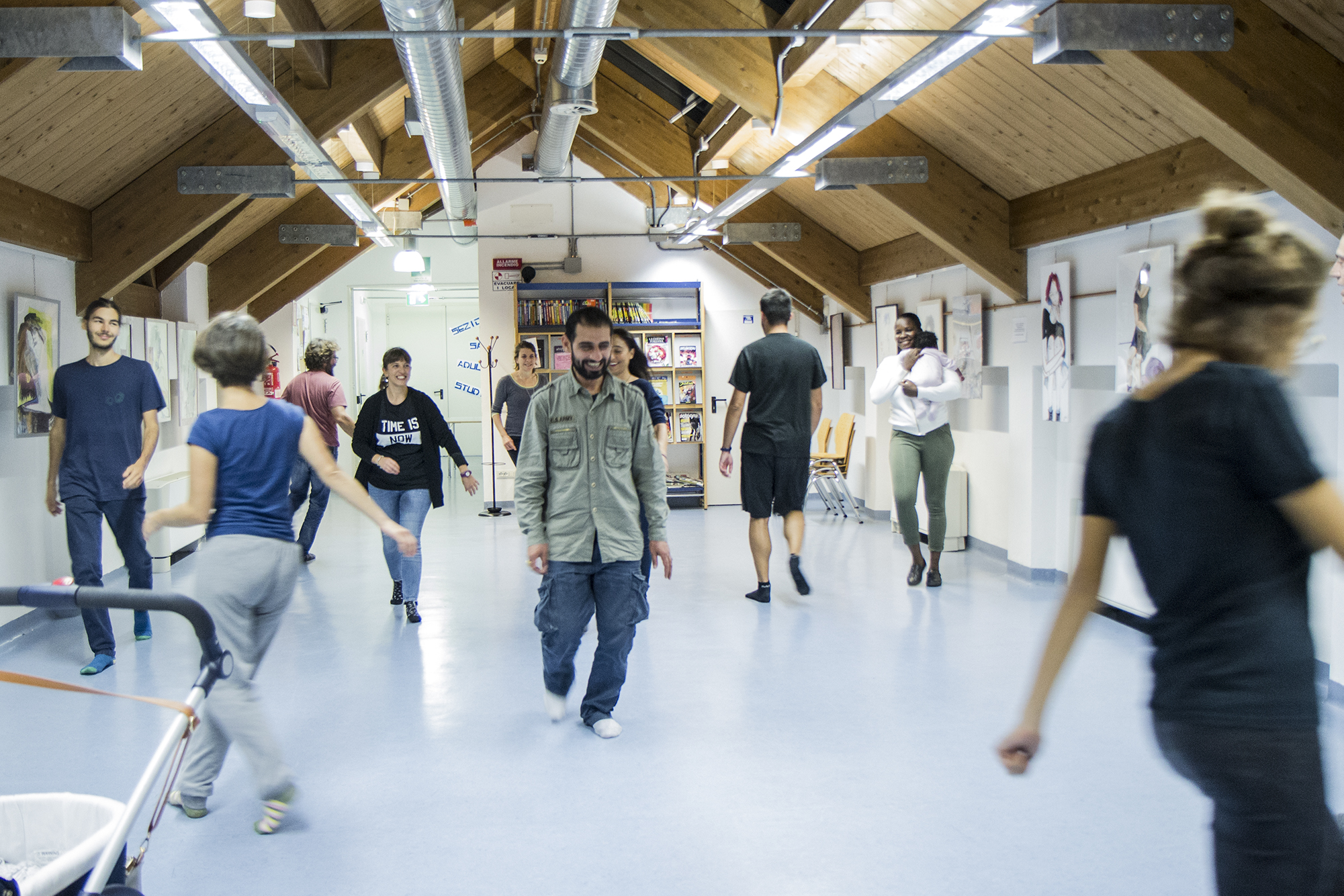 The best way to start is by making a circle and looking at each other, acknowledging the familiar faces and welcoming the new ones. Theatre games melt away the tension accumulated after a long day, and bring back smiles on the participants’ faces. These basic actions help the new members – and also those who have more troubles speaking Italian – to feel at home.

During this first session we welcome Stefania, Francesco and little Michelle, the youngest participant of all. She is only a fews of months old and arrived to Casa di Khaoula Library with her mom Sonia. Both reside at the Casa Mila, the reception center for women asylum seekers and their children. Sonia came by foot. Casa Mila is indeed a short distance away and she was driven by a high desire to try theatre. Even if she speaks only English, she fits in easily and splits her attention between the exercises and the child’s needs.

Sonia comes from Nigeria. Today, at Casa di Khaoula there is also, among others, Mariwan, who comes from Iraqi Kurdistan and resides at the Via del Lazzaretto Reception Center. And there’s also Davide, who lives and works in Modena, but doesn’t want to lose the chance to be part of this group. And Silvia and Larissa, the vets, who are part of Casa di Khaoula since the beginning of the workshops. We are waiting for Abraham, Kadija, Drame and Camara to come back next time.

As usual, the first meetings of this year’s Emerging Theatre Companies’ workshops were preceded by a long-lasting dissemination work, realised by actors and students of Cantieri Meticci. They presented their projects in various reception centers, libraries, schools, social and youth integration centers. Part of the important moments of this year’s inauguration was the ‘Parade’ that joyfully occupied the streets and squares of Bologna’s city center for an afternoon of urban performances. Held on 13th October, the parade was this time dedicated to Mimmo Lucano, and to those who are concerned by the integration model of Riace - a significant model to us involved in Cantieri Meticci - since it guides the entire planning of our efforts throughout the territory.

The eMerging Theatre Companies have been present in Cantieri Meticci's vision and of its artistic director Pietro Floridia for a long time. Their goal is to offer an open and informal strategy for the territory to welcome new comers on a continuous basis, to consolidate small 'resistant' grounds for the evolution of cross-culture, and to bring theatre to the people not as a readymade artefact to be observed, but as a mean of expression and change.

Following Casa di Khaoula the eMerging Theatre Companies will start their activities in the San Donato district, taking place in the big room of Centro Interculturale Zonarelli. Not long after that, it will be the turn of Croce del Biacco, where the encounters will continue in the venues of the local Parish. And we are confident that it won’t be long till the major guidelines that give directions to our creative work for Year 2018-2019 come to light.