After the screening of ‘Les Sans’ at the beginning of February, Théâtre de Liège has started a rich program of workshops with students and migrants at Institut Don Bosco and Athénée Royal Liège Atlas, two selected secondary schools in Liège. Led by the teachers Paul Delépine and Emilie Légipont, the workshops have been organised together with the Centre pour Réfugiés de la Croix Rouge, the cultural associations Voix des Sans Papiers and Bobine, and with the support of professional actors such as Eva Zingaro-Meyer, Nicolas Payet, and Manuel Chemla. 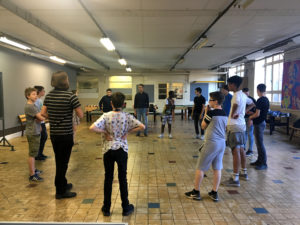 Théâtre de Liège’s workshop, ‘Sortir du Noir', which ends on 17th May 2018, involves students and migrants in several theatrical activities in order to make them familiar with the stage as well as reflecting on what a performance actually is. Following each workshop, students have also interviewed the migrants participating in the session about their personal stories and life experiences with the aim to work on the writing of the narratives that will then be performed on stage at Théâtre de Liège in May 2018.

As the main goal of ‘Sortir du Noir’ is that students understand the reasons why people may need to leave their country of origin through theatrical activities of storytelling, Théâtre de Liège has asked Paul Delépine and Emilie Légipont to tell their impressions of students’ experience during the workshops. These are their answers…

Paul Delépine: For the students, the act of listening to each other entails an effort which is extraordinary. They need to look at the others, react to them depending on what the others say or do. These workshops require the practice of sociability and empathy skills, even if this may not seem obvious. For example, in class, students often behave in a disruptive way, although never aggressive. Through the activities set during the workshops, students have realized that we are all immigrants, in a way or in another.

Students enjoy the workshops, which are now part of their school schedule. To begin with, they know they will be going to theatre on Thursday afternoons. There are courses, which I won’t name, that they don’t want to attend, but not this one, and this is rather positive. The fact that the workshops are not formally supervised is quite destabilizing for them, but I think that this is not a problem. Last year, classes were much more supervised, and the students who were not comfortable with that have been reassured this time, somehow – this has enabled them to play their role more easily. During these classes, students have become open to the listening of the others more than usual. And they now seem more confident too. Last year, the project, which was quite long, was more a form of rehearsals, adaptation and directing... This time, as the project is shorter (…) we have worked briefly on any aspect of the performance and that’s good... but I think that, as it is, the workshop it’s too short now... 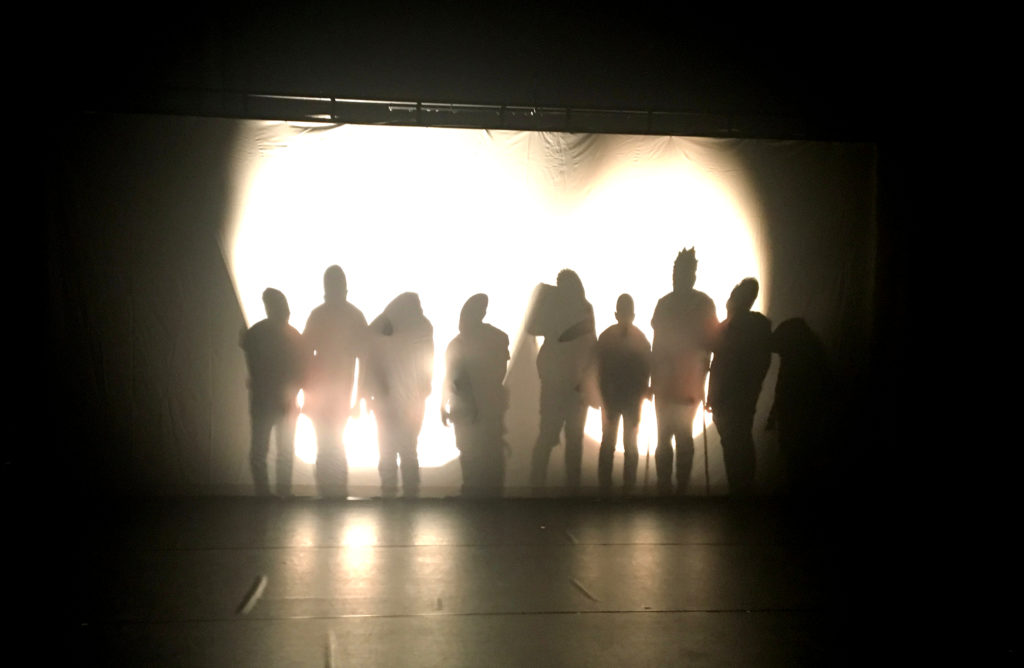 Emile Légipont: I think that these workshops have brought much to my students, by enabling them to discover new things. Most of my students have never been at a performance or entered a theatre – they have barely heard about it – and these workshops have opened their minds to something new. Students have learnt something that is part of the French school courses but that we, as teachers, cannot actually approach in class due to lack of time. Orality is not in the school programme, unfortunately... as a practice, it would certainly allow students to become less shy and develop cohesion in the group. Every time I discuss about that with my colleagues, this is the most relevant point I make. Thanks to this project, students have really learnt about each other in a new way.

Students are very happy when it is time to attend these workshops, as they are aware that they give them something. I don’t know exactly what, I think they cannot define it themselves, but they are happy to change their school routine, that we go out from the classroom and that we do not seat all the time... We make physical activities and that’s good for them.

I guess students have not realised that they will perform at Théâtre de Liège. Personally, I think that this is extraordinary. How many people have worked in theatre for thirty years or so and they will nevertheless have the chance to play at Théâtre de Liège? These students have been doing theatre for three months and now they will stage there. I think they are not able to understand how important this actually is. In some way, this is good, as they will act more naturally and the show will seem real and authentic.

Paul Delépine is a school teacher with a degree in training policy and educational psychology. He worked in Zaire for three years together with the ‘volunteer teachers’ group. After this experience, he has worked at Don Bosco Liège secondary school for 35 years, where he still teaches first-year students from differentiated education. He used to work with different classes and levels of education as well, and his main interests are in the field of differentiated education. In his work, he brings together students who left elementary school without diploma, immigrants, and the people who wish to return to regular education after attending specialized education.

Emilie Légipont has worked as a French- and as a ‘French as a foreign language’ teacher for ten years, nine of them at the Liège Atlas secondary school. She taught French mainly to students in their first degree module, as she considers this specific life time as a beautiful period of transition. For three years she has then led theatre courses, which have allowed her to initiate her students to orality, which she thinks it is not practiced enough in the French education system.

Workshop
Between 2019 and 2020 Strefa Wolnosłowa is conducting a series of intercultural moving groups for young artists willing to experience participatory and community arts in three Warsaw locations - Stół Powszechny, the Centre for Contemporary Art and the Curie City Artivism Gallery.
Read more
20190123

Workshop
The workshops led by Théâtre de Liège with school students from January to May 2019 looks back at the history of migration, the causes or constraints that push people to migrate, understanding the opening and closing of borders throughout history and what motivated these decisions. An opportunity for the youth to discuss each other's experiences.
Languages available:
Read more