Theatre Between
Politics and Policies

From the 'Theatre Between Politics and Policies: New Challenges' conference call: 'When analysing the relationships between theatre and politics in a contemporary context, we do not consider only the direct use of a political theme in theatre practice. Rather, we aim to rely on theoretical proposals that suggest the politicality of theatre is realised through the modes of representation on stage'. 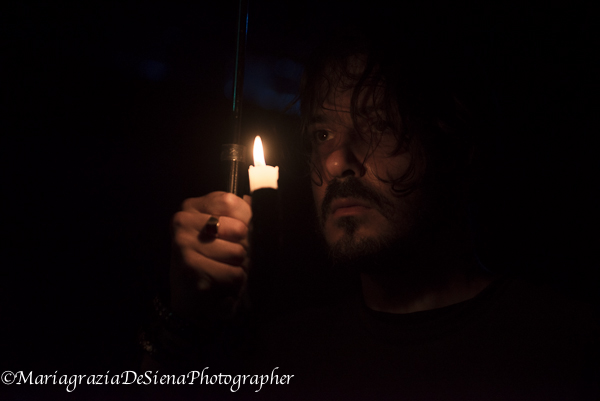 Starting from here, Pierluigi Musarò and Melissa Moralli, researchers for Atlas of Transitions, will present Cantieri Meticci as a case study at the conference, 'Theatre Between Politics and Policies: New Challenges', 23-24 March, Belgrade, Serbia. Indeed, the cultural organisation here represents the place where, through collaboration with several not-for-profit associations and public institutions at a local and international level, participatory methodologies and artistic tools stimulate public debate about the relationships between newcomers and hosting countries.

'We strongly feel that the notion of agora, and the sense of community and human solidarity is being lost in our city societies. We lack safe spaces for a common reflection, where the voice of everyone can be heard, and we lack the ability to discuss, reflect and take into consideration the voices of those who live at the margins of our cities, but who would like to be considered within public debate - migrants, refugees, asylum seekers' — from an interview with Pietro Floridia, Cantieri Meticci (2015).

What the researchers from the University of Bologna will discuss is that theatre is both a physical multicultural space and a social process, which do not only promotes ‘conviviality’, but that also gives birth to deep interpersonal relationships of cooperation on the basis of the same passions - theatre itself, music kitchen, tailoring, poetry, computer, reading club, dance.

extension
Resources
bookmark
Read 'Theatre Between Politics and Policies: New Challenges' conference outline
bookmark
Visit our Action-Research section for more insights
Events like this
What is the role of performing arts in challenging the dominant narratives and imaginary on migration? And, specifically, how can performing arts support diversity in European cities? Through different research and curatorial experiences lead along Atlas of Transitions project, the volume offers new insights on the ways in which artistic practices build spaces of resistance, forms of subversion, and counter-hegemonic discourses on migration.
read more
Which relations and practices can be interwoven between the artistic field and academic research? How they mutually nurture themselves? Our French partner, Le Channel Scène National De Calais, in collaboration with the University of Lille, has tried to answer some of these questions. The results are collected in the new issued paperwork - Porositès - which investigates concept as caring, shelter, exile, and borders. Check it out!
read more
Read more about the key theme of discussion that will accompany the participants during the whole 'Politics of refuge' research seminar taking place during the 'A Taste of the Other' cultural event at Le Channel Scène Nationale de Calais from 24 to 26th May 2019.
read more
Melissa Moralli, researcher for Atlas of Transitions, is now doing a period of visiting scholarship at the Institute of Public Knowledge of New York University, where she presented the project on May 1st. During her visit, she is attending different seminars and events on topics such as International migration, borders, political role of arts, cultural diversity.
read more