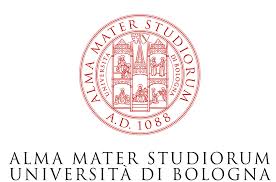 The University of Bologna (Unibo), founded in 1088, is the oldest university in Western Europe. Nowadays, it remains one of the most important institutions of higher education across Europe with 5 Campuses (Bologna, Cesena, Forli, Ravenna, Rimini), 11 Schools, 33 Departments and about 84,200 students. The presence throughout the territory, the international outlook, the research, the programme catalogue, the information services: in these and many other areas, today Alma Mater paves the way for innovation. Among the several European and national projects in which researchers from the University of Bologna are involved, Unibo for Refugees is a significant project promoted by Unibo together with the Municipality of Bologna, which intends to facilitate the integration process of refugee students into the university system.

The Department of Sociology and Business Law (SDE) of the University of Bologna moves from a long tradition of sociological, law and economic studies at national and international level. In this tradition, with a look to the future, the SDE Department plays an important role in the national and international academic debate. SDE carries out functions related to research and teaching about social change and society, with particular attention to European and international comparative perspectives about: analysis of policies, services and measures for the well-being of population, in the different areas of intervention and territorial levels; analysis of the innovative tools of social development; social integration, social inclusion and sustainability; political participation, governance and development; cultural and media studies.

Within SDE, our team is part of the Ces.Co.Com (Center for Advanced Studies on Consumption and Communication), which aims at analysing and promoting the culture of sustainability and responsible consumption, social integration, new media, social and environmental communication and cooperation, participatory processes and urban regeneration, social innovation issues, and migration studies, working on theoretical frames, innovative analysis tools and methods. Ces.Co.Com proposes an interdisciplinary and transdisciplinary approach to social research. Concerning cultural processes, the focus is based on the study of cultural institutions, cultural production and consumption, audiences and publics. Social innovation and social integration are the crossing topics of Ces.Co.Com, with a focus on innovative practices able to generate value for society, in order to examine and understand ‘new’ community’s needs. One of the main research issue that Ces.co.com analyses through a social innovation approach concerns social integration of migrants, refugees and marginalized social groups through participatory processes and inclusive dynamics.

Pierluigi Musarò is Associate Professor of Sociology at the University of Bologna as well as a visiting fellow at the London School of Economics and Political Science and the Institute for Public Knowledge, New York University.
His research is transdisciplinary in nature and comprises interlinked areas such as social theory, media and communication, migration and NGOs, public art and participatory processes. Since 2009, he is Director of ITACA’_migrants and travellers, Festival of Sustainable Tourism. Finally, together with with Laura Iannelli, he is director of the book series Social Science/Sociology, Mimesis International.

Musarò, M. (2016). Mare Nostrum: the visual politics of a military-humanitarian operation in the Mediterranean Sea. Media, Culture and Society, 6, 1-18.

Roberta Paltrinieri is Full Professor of Sociology at the Alma Mater Studiorum University of Bologna where she teaches ‘Sociology of cultural and communication processes’ and ‘Sociology of Consumption’. She is Scientific Director of the Ces.co.com (Centre for Advanced Studies on consumption and communication of the Alma Mater Studiorum University of Bologna). Main research issues are: Sustainability, Participatory processes, Social Capital and Civic Engagement. She is also Director of Second Cycle Degree of Sociology and Social Work

Paola Parmiggiani is Associate Professor of Sociology at the University of Bologna.  She is a member of the Ces.Co.Com. the Study Center on Communication and Sustainable Consumption at the University of Bologna. Her main research interests are: practices of consumption and cultural studies, with particular reference to the practices for responsible consumption, the processes of civic engagement, the humanitarian communication and the communication of sustainability.

Parmiggiani, P. and Musarò, P. (2017). Beyond Black and White: The Role of Media in Portraying and Policing Migration and Asylum in Italy, Revue Internationale de Sociologie, 27.

– Taking contact and coordinating the research network in partner countries;

– Coordinating the collaborative action-research and the surveys;

– Establishing a joint working plan at national level and a plan for a collaborative research at transnational level;

– Coordinating meetings among researchers in the framework of international artistic method exchange workshops;

– Co-constructing and reflecting upon performances and artistic production;

– Developing and carrying-out the surveys (festivals and workshops);

– Co-organizing the Summer School and the non-conference;

– Producing contents for the web platform;

– Organizing the dissemination of results.

From June 16th to 20th 2020, Performing Resistance, a series of online talks, lectures and meetings featuring scholars, curators and international artists aimed at exploring the relationship between arts, migrations and citizenship, has virtually taken place. If you missed some live sessions, here all the lecture recordings are at your free and complete disposal. Check it out!
Read more

School of Integration by Tania Bruguera

In March 2019, Cuban artist and activist Tania Bruguera put migration and art as a political act at the center of discussion when coming to Bologna to present two special projects during the ten days of Atlas of Transitions Biennial “HOME”. Read about School of Integration and how the 10 lessons conducted by the communities of foreigners residing in Bologna contributed to bringing people of diverse cultures together.
Read more

The International Conference “Theatre Between Politics and Policies: New Challenges”, which took place in Belgrade between 23rd and 25th March 2018, highlighted the multidimensional role of theatre within society. Our researchers were there.
Read more

Something great is coming up in December 2020 at Bologna! The fourth and last edition of Atlas Of Transitions Biennale - We The People comes finally to life and will focus on the urgency of setting up a politics of listening, based on the right of all to be heard.
read more

What is the relationship between art and activism? How can cultural and gender gaps be reduced through the arts? In March 2019, international festival Atlas of Transitions Biennial, returns to Bologna with HOME, including a selection of works by female artists coming from Mali, Syria, Palestine, Rwanda, Estonia, some of which will present their works for the first time in Italy. HOME is a space for dialogue between cultures, featuring performances, workshops, concerts, seminars, djset...
read more

What is the role of performing arts in challenging the dominant narratives and imaginary on migration? And, specifically, how can performing arts support diversity in European cities? Through different research and curatorial experiences lead along Atlas of Transitions project, the volume offers new insights on the ways in which artistic practices build spaces of resistance, forms of subversion, and counter-hegemonic discourses on migration.
read more
From June 16th to 20th 2020, Emilia Romagna Teatro Fondazione, Sociology and Business Law Department of the University of Bologna and Cantieri Meticci promote Performing Resistance. A series of online talks, lectures and meetings feautring scholars, curators and international artists aimed at exploring the relationship between arts, migrations and citizenship. Find out how to participate!
read more
Melissa Moralli, researcher for Atlas of Transitions, is now doing a period of visiting scholarship at the Institute of Public Knowledge of New York University, where she presented the project on May 1st. During her visit, she is attending different seminars and events on topics such as International migration, borders, political role of arts, cultural diversity.
read more
Bologna's international arts festival Atlas of Transitions Biennial | HOME (1-10th March) opens today with the participation of cuban artist and activist Tania Bruguera, who will present her special artistic projects realised in this occasion: the interactive urban performance 'Referendum' and 'School of Integration', a series of 10 lessons conducted by members of community of foreigners living in Bologna.
read more
-- CALL FOR PROPOSALS FOR ACADEMICS AND ARTISTS -- in the frame of the International Conference "A World in Transition: In-Between Performative Arts and Migrations" to be held on 7th March 2019, during the Atlas of Transitions Biennale in Bologna.
read more
Cantieri Meticci’s philosophy and methodology for the integration of migrants and newcomers within local communities through artistic performance is at the core of the Atlas of Transitions project. Pierluigi Musarò's research investigates the work of Cantieri Meticci as a case study and findings have been discussed at LSE, London.
read more
---CALL FOR PAPERS--- We invite scholars, experts and practitioners in integration processes and arts to submit 1,000 word essays, accompanied by 1-2 pictures representing artistic activities and/or artefacts, to be published on Atlas of Transitions' and Open Migration's websites.
read more