On the 20th June, during the Atlas of Transitions Biennial, Right to the City | Diritto alla città (15 - 24 June), Bologna, Italy, ERT - Emilia Romagna Teatro Fondazione and the Department of Sociology and Business Law of the University of Bologna will raise awareness of the difficult journeys and conditions that asylum seekers and refugees experience after fleeing their countries of origin due to war and persecution by the means of three distinct but complementary special events.

To begin with, at 3pm, a partecipative walk will start from Piazza Verdi, in the heart of the city. 'Rotte migranti e vie di Bologna' is a maps project, a Migrantour  across the city of Bologna, which will follow the emotional maps designed by a group of asylum seekers and political refugees during a workshop previously organised at the refugee shelter ‘Villa Aldini’, Bologna. The itinerary here represents the migrants’ perceptions of the local territory and shows their reference points and feelings about the city’s space, thus highlighting their sensory and partecipative mapping of their journey through Bologna. 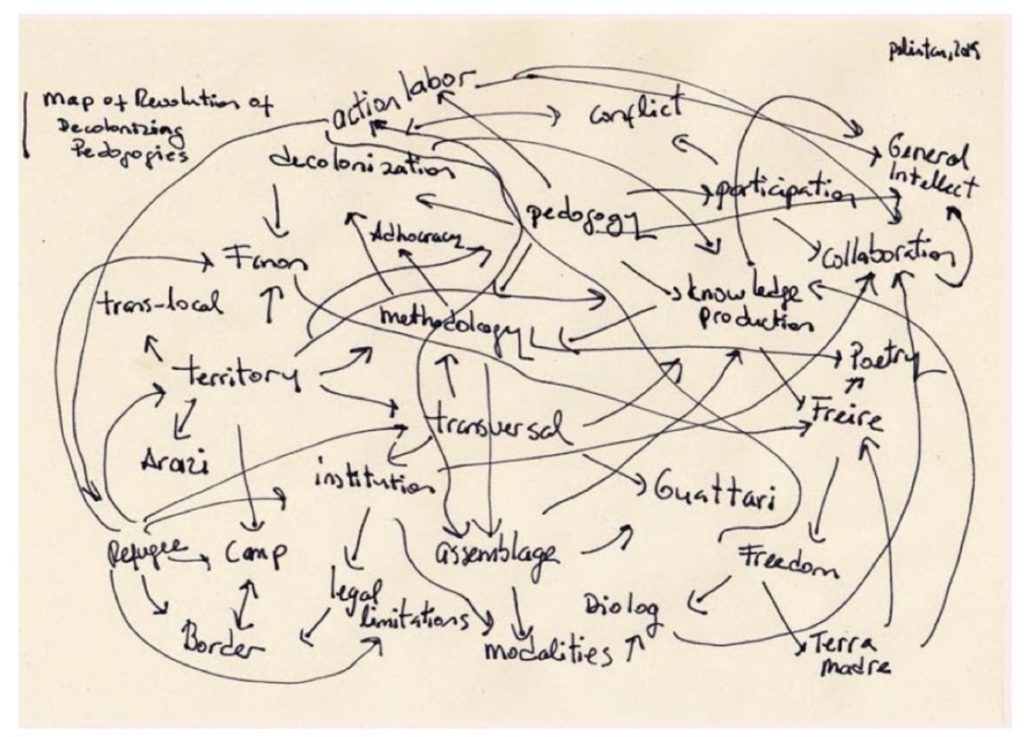 The walk will end at the Arena del Sole courtyard, where the emotional maps will be discussed during the subsequent event, 'Maps of Transitions. Trasversalità metodologiche: paura, amore, inclusione', the seminar that, from 5pm, has been organised in collaboration with Amnesty International Italia. Scholars and activists from several universities and cultural and humanitarian organisations, together with migrants and asylum seekers, will take part in a collective debate around the themes related to 'Count up to ten', the Amnesty International Italia’s awareness campaign that draws attention to the use of the divisive, violent and discriminatory language construing racist stereotypes against refugees, migrants, roma and LGBTI people.

At 10pm, the forum will then turn into a sort of sound dialogue, a concert performed by soloists from different countries and cultures. In collaboration with Sound Routes. Notes to Get Closer, traditional compositions from the countries of origin of the migrant musicians involved will be melt together into a hybrid and joyful piece of music.

extension
Resources
bookmark
Download the full programme of the festival here
Events like this
What is the role of performing arts in challenging the dominant narratives and imaginary on migration? And, specifically, how can performing arts support diversity in European cities? Through different research and curatorial experiences lead along Atlas of Transitions project, the volume offers new insights on the ways in which artistic practices build spaces of resistance, forms of subversion, and counter-hegemonic discourses on migration.
read more
Which relations and practices can be interwoven between the artistic field and academic research? How they mutually nurture themselves? Our French partner, Le Channel Scène National De Calais, in collaboration with the University of Lille, has tried to answer some of these questions. The results are collected in the new issued paperwork - Porositès - which investigates concept as caring, shelter, exile, and borders. Check it out!
read more
Read more about the key theme of discussion that will accompany the participants during the whole 'Politics of refuge' research seminar taking place during the 'A Taste of the Other' cultural event at Le Channel Scène Nationale de Calais from 24 to 26th May 2019.
read more
What to see and where to meet in May? Explore a busy month schedule ahead for Atlas of Transitions and its partners around European cities, from South to North. Two multidisciplinary festivals, final workshop presentations, participation at the Sabir festival of mediterranean cultures in Lecce...
read more