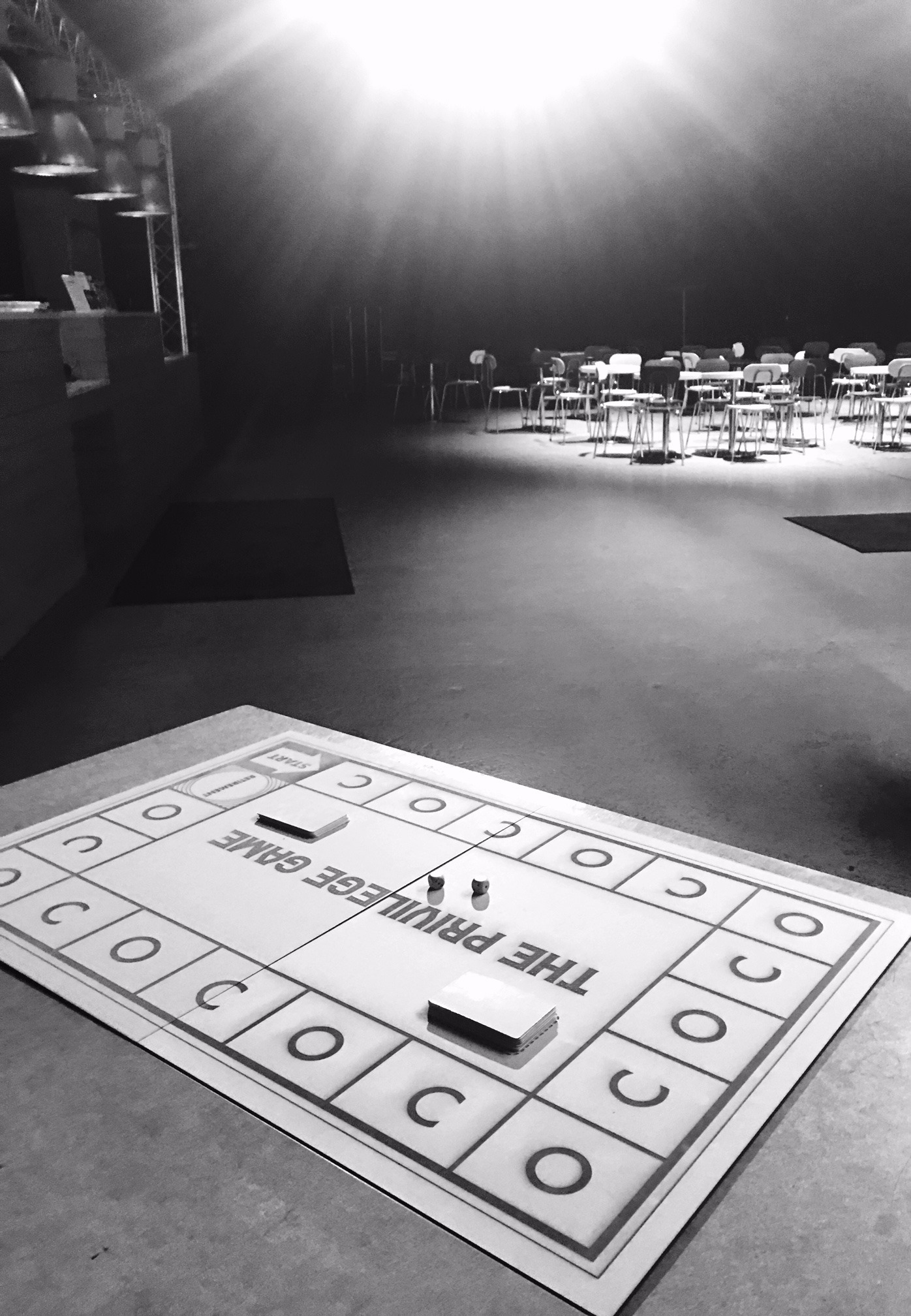 Within the framework of the Atlas of Transitions' project, Backa Teater is organising 'A Changed Europe', a series of talks, concerts, workshops and guest performances in May 2019 in Gothenburg with the participation of international theatre companies, researchers, students, artists. Some of its events were realised in straight collaboration with the University of Gothenburg. Situated in an old factory building in the old ship building area of the city, Backa Teater inaugurates its programme with the company performance 'Hierarchy of Needs' (replica on 10th May), preceded by 'The privilege game', a board game designed for participants getting to know their different shades of privilege, based on active listening to many different people's stories living in Sweden. 'Make your own passport',  is a workshop conducted by Finn Chung (University of Gothenburg) and interrogates what does it mean to be a citizen of Sweden, or a citizen of Mexico, or of Taiwan? Not less importantly, what does it mean to be “stateless”? In 'Make Your Own Passport', the public will have 150 passport templates from around the world, and each of the citizenships will be assigned through a lucky draw. It is also possible to become stateless.

"Can culture save the world?" is a panel discussion conducted by students from the Master's programme Culture and Democracy at the University of Gothenburg with invited guests, about the opportunities, expectations and limitations of culture in today's context of change, polarization and migration. The question of transformation is one of the central themes on the agenda, also examined during the artist talk 'New geographies of a cultural Europe'. Among the speakers: Mohammad Al Attar (from Syria but currently working i.a. at Volksbuhne Berlin), Atlas of Transitions' project partners: Piersandra Di Matteo, ERT Emilia Romagna Teatro Fondazione, Paweł Sztarbowski, Powszechny Theatre, Spyros Andreopoulos, Motus Terrae - Centre for Arts in Public Space and Mattias Andersson, Backa Teater.

On May 11th, the guest company from Poland Powszechny Theatre will present 'Lawrence of Arabia', a performance realised thanks to the collaboration of several groups: the creative team, foreigners living in Poland, as well as the actors working at Powszechny Theatre. The show is an attempt of putting both participants and the public on someone else’s shoes, by looking at familiar issues from the outside, and a fantasy of theatre created for a multilingual and multicultural society.

To close the festival is the image and sound performance 'Sortir du Noir'  from Théâtre de Liège, realised by film makers Mary Jimenez and Bénédicte Liénard, that premiered in March 2019 in Liège. This work involves a sharp and sensitive reflection on the reality of migratory flows and in particular by the question of the duty of burial.

Tickets are required for the performances, while all the other events are free of entry.