Theatre and ‘politicality’: Reflections from the Atlas of Transitions project
by Melissa Moralli

Theatre is not only a physical and symbolic space of expression and artistic creation. It also represents a space of resistance, disruption and negotiation, which is linked to the political and social identity of individuals and social groups as well as their role within society. The International Conference “Theatre Between Politics and Policies: New Challenges”, which took place in Belgrade between 23rd and 25th March, aimed at highlighting this multidimensional role of theatre. Organised by the Faculty of Dramatic Arts of Belgrade, the conference focused on the role of theatre in influencing and intervening in political and social issues. According to Mladenovic Kokan, the Serbian Theatre Director who participated to the plenary session, however, theatre can also be ‘coward’, as it can produce political conformity and suffocate pluralism of thinking. For this reason, it is fundamental to understand the dynamics and the social premises that lead to the development of theatrical projects that, from a critical perspective, seek to tackle contemporary political and social issues.

This aspect is particularly important in a context in which emerging social problems are connected to new forms of poverty and exclusion. In migration-related frameworks, for instance, the relationships between citizens and newcomers constitute a space of both social negotiation and conflict. On the one hand, the representation strategies and discursive practices enacted by politicians and the media tend to represent migration flows as a perpetual emergency, as a significant problem to be managed in terms of ‘crisis’. Consequently, such a portrayal influences public anxiety about migration and asylum-seeking people in Europe, thus feeding back into a vicious circle of media anti-migration narratives and xenophobic political rhetoric, which represent migrants as criminals as well as mere victims. On the other hand, thanks to a sort of a Polanyian ‘double movement’, innovative ways and alternative tools to promote equality and participation of people with different backgrounds are emerging nowadays. Therefore, from both a socio-political and esthetical point of view, theatre can play a primary role in promoting the social coexistence of citizens and newcomers. 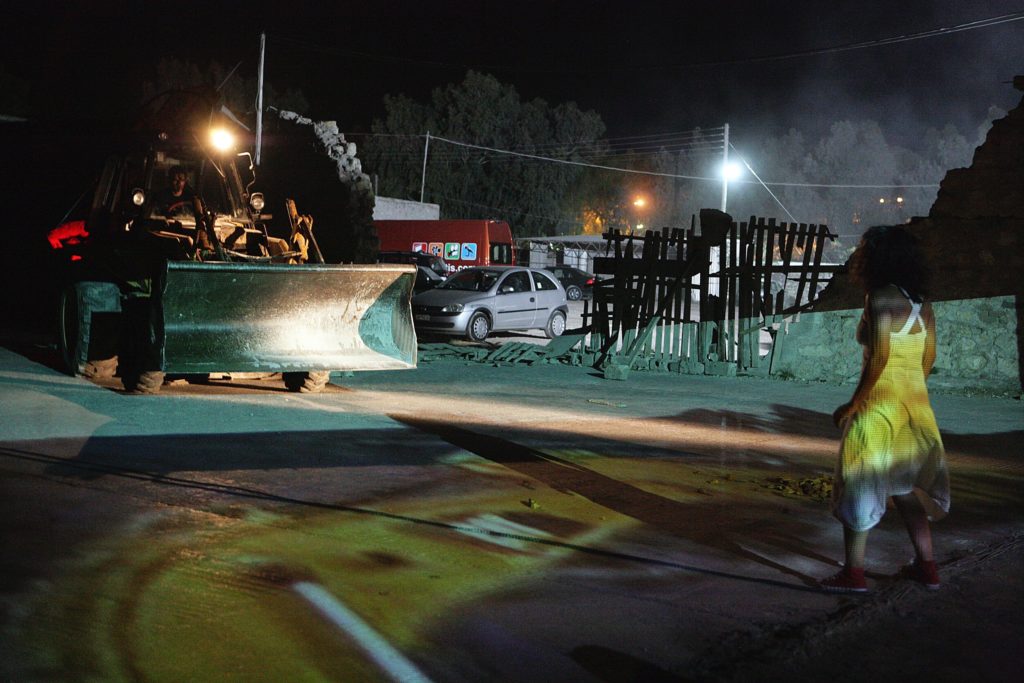 The presentation of the Altas of Transitions project, which took place on 24th March within the session entitled ‘Theatre and Migration’, aimed at highlighting this specific role of theatre in fostering inclusion through new communicative spaces and alternative social relations. In particular, Pierluigi Musarò and Melissa Moralli from the University of Bologna, researchers and coordinators of the Atlas of Transitions Academic Network, with the support of Francesca di Renzo, editor for the Atlas of Transitions’ web platform, discussed new ways in which European citizens and newcomers can perceive public spaces as well as cohabitation and the role of theatre and performative arts in tackling migrant and refugee social integration. The presentation specifically analyzed how one of the partners of the project, Cantieri Meticci, in Bologna, Italy, uses creative techniques of participatory theatre with the aim to resist, rework, and eventually disrupt the lines between ‘possible’ and ‘impossible citizens’. By involving Italian citizens in migrant contexts – as it happens when its workshops are conducted in mosques and refugee centers – and, conversely, non-citizens in Italian contexts – when theatrical workshops bring refugees to public libraries, schools, and universities –, Cantieri Meticci contributes to foster not only social integration (a sociological concept that has highly been criticized in the last few years), but also economic and political integration, giving voice to migrants and refugees while promoting intercultural dialogue. From this perspective, participatory theatre contributes to re-shape daily practices of cohabitation within urban space and acts as a mediator between citizens and newcomers, thus promoting a new forms of politics, public space and practice of citizenship.

As researchers and practitioners from different fields showed during the Conference, when theatre meets the concept of ‘politicality’, it becomes a space of conviviality and positive hybridity, in which people can interact and perform both commonality and diversity and perceive themselves as part of the same symbolic and physical universe. As a result, the diffusion of the innovative practices presented here, which aim at reshaping the role of theatre while going beyond its esthetical and artistic dimension in order to promote alternative spaces of inclusion, have demonstrated that contemporary theatre is indeed a challenging space ‘in-between politics and policies’.