Eleven theatre groups, counting five from Albania and six from various European countries (Italy, Kosovo, Greece, Macedonia, Romania) have been selected to participate in the Skampa International Theatre Festival, which will be held in Elbasan from October 17th to October 22nd 2018. This autumn marks the 20th edition of the festival, organized this time in the frame of Atlas of Transitions by A.T.K (Albanian Theatre Association) in partnership with Tjeter Vizion NGO, with the support of the Municipality of Elbasan and the Ministry of Culture.

The first Skampa International Festival of Contemporary Theatre made its opening in 1999 in alignment with the European integration. Under the slogan 'New Format', the festival is regarded as a pioneer event for the international theatre stage in Albania, paving the way for other festivals. 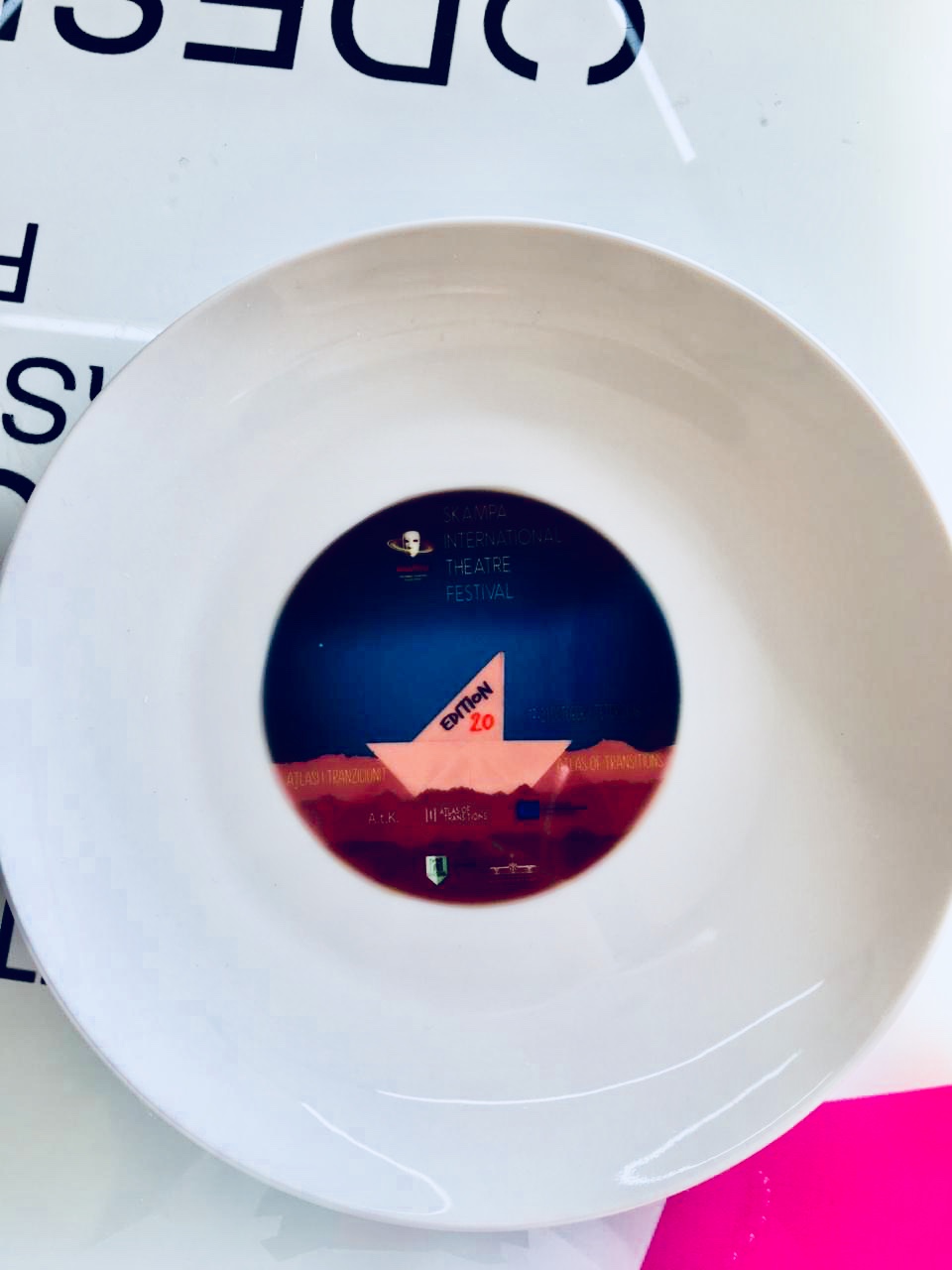 This year’s programme focuses on investigating the plurality of stage language, through alternative forms of theatrical experimentation. In the upcoming days, about 13 performances, talks and various workshops will take place. An opportunity to meet with theatrical arts, that is expanding to reach audiences living in diverse districts of Elbasan. The theatre groups will also move to other surrounding cities, such as Cerrik, Librazhd and Gramsh, with whom a close connection was established thanks to the cooperation between A.T.K, Tjeter Vizion, high schools and municipalities.

The aim, says festival artistic director Adonis Filipi, is to create favorable conditions for the promotion of cultural diversity in the arts, strengthened by the presence of artists coming from mixed communities. Guests include among others:   Milosh B. Andonovski, Florin Beciu, Katrina Polychcronopoulou, Shkurte Aliu, Klajdi Marku, Driada Dervishi, Romano Foddai, Ema Andrea.

Thoroughly worth following is the 'CityZoo' workshop conducted by Cantieri Meticci with a group of multicultural youth, closing with a performance to be held on October 19th at the premises of  Tjeter Vizion NGO, the Vullnetari Youth Center. During the 6-hour daily sessions, the participants will work on themes related to the animal universe, as a metaphor of a globalized and caged society. Embodying both acting and writing skills, the group will experiment with various aspects of theatre: physical work, text, construction of stage materials and masks.

Read the full festival programme with dates and venues here. 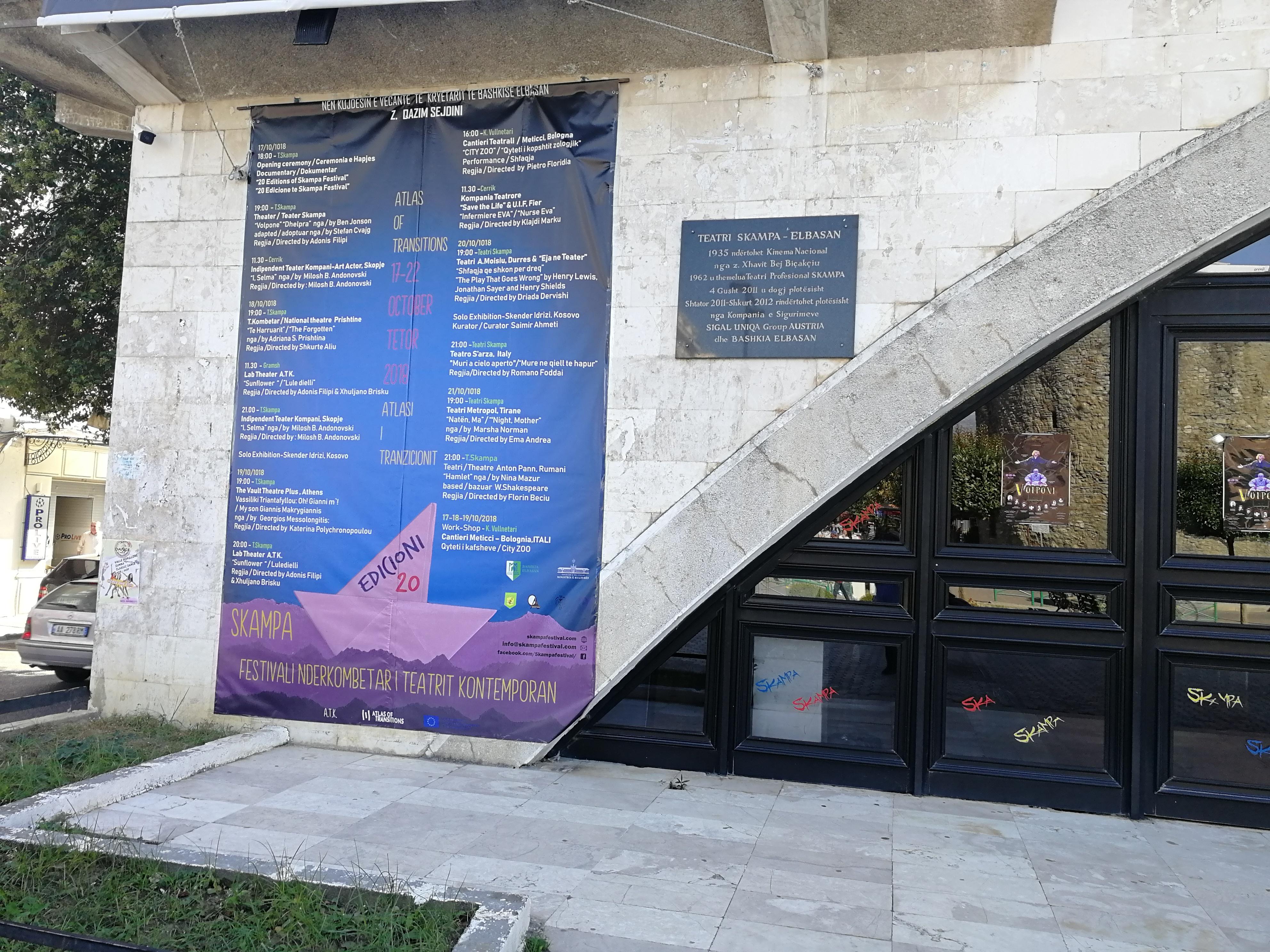 Festival programme on the facade of Skampa Theatre in Elbasan.

extension
Resources
bookmark
Download the festival programme
Events like this
The docu-Film Monuments of Conflict & Convergence by Motus Terrae, has just been released. Discover more about Lavrio city identity, its history and people migration stories. Watch it here or visit Atlas of Transitions' YouTube channel.
read more
Our project partner from Greece, Motus Terrae, never stops, even under recurrent lockdowns and the continuous restrictions of the last period. They are preparing a short film through which the viewers will get to know the concept and the creative process and meet the local people involved in what could have been a site-specific creation. Stay tuned to discover this amazing journey!
read more
Imagine a giant urban chorus. Imagine the energy of a common vibration coming from different directions of the city. Imagine being part of a temporary community aimed at the creation of an extraordinary public event. A new opportunity for singing and music enthusiasts is coming to Bologna! It's called "Magnitudo, a collective act of voicing", and workshops start in April 2020. Find out how to join!
read more
If you wish to take part in an interdisciplinary artistic undertaking and learn some Polish along the way (or improve your communication skills in this language), meet new people, and learn about new forms of expression through art, feel invited to participate in "EXILE WARSAW 2020", a new multicultural project by Strefa WolnoSłowa.
read more